U.S. and Brazilian health officials are now investigating if there is a link between the mosquito-borne Zika virus that is spreading in the country and an increase in cases of a rare syndrome that causes paralysis. 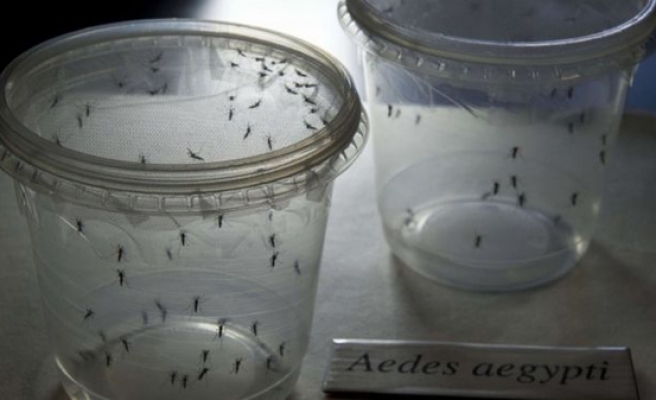 With the sting of a mosquito bite and a fever, many pregnant women may not know that they caught the Zika virus -- until it strikes their unborn child.

But thousands of cases of birth defects linked to the disease over recent months are now sowing alarm in the United States and in Latin America.

The scare has struck hardest in Brazil, which hosts the summer Olympic Games in August.

It is one of 14 Latin American and Caribbean countries that the United States has warned pregnant women not to visit because of the Zika risk.

"I am very afraid," said Jacinta Silva Goes, a 39-year-old cleaning lady in Sao Paulo who is expecting her third child.

"For the moment I am not using mosquito repellent because the doctor has not told me to. He has not spoken to me about Zika," she told AFP.

Zika used to be thought just a poor relation of dengue, another mosquito-borne virus.

The World Health Organization (WHO) says it is transmitted by the same mosquito that spreads dengue, chikungunya and yellow fever.

But the WHO this week noted a surge in cases of microcephaly in Brazil, the country most affected by the current epidemic.

It stressed that "the causal link between Zika infection and microcephaly has not yet been proven," though the rise in cases is striking.

In the past year there were 3,530 cases of microcephaly reported, compared to a yearly average of 163 over the four preceding years.

Scientists from Brazil's Fiocruz Institute and Parana Catholic University published a study of a case that showed the virus had passed from an infected woman to her baby through the placenta.

Goes says she feels uninformed about how to protect herself against Zika.

"I can't decide by myself to take anything until the doctor tells me to because it could be dangerous."

But across the vast region of Latin America, citizens and officials have taken a variety of measures in response to the scare.

The price of mosquito repellent has risen in Brazil.

In the Peruvian capital Lima, authorities disinfected a big cemetery for fear thatZika-bearing mosquitos were breeding in the flower pots.

In Colombia the government simply advised couples to avoid pregnancy until at least June. El Salvador, which has reported more than 5,500 cases, said avoid getting pregnant until 2017.

Zika from Brazil to Hawaii

Originating in East Africa, Zika landed in Latin America last year and has spread across virtually the whole region via Aedes aegypti, a species of mosquito, says the Panamerican Health Organization.

It says Zika is present in 18 countries in the region. There is no overall figure for the number of cases detected.

With its high number of microcephaly cases, Brazil is the country by far the worst affected. It is followed by Colombia, which has reported 13,531 cases and is predicting up to 700,000 this year.

Zika has also been reported in the United States: three cases were detected in Florida in people who had recently traveled to Latin America.

And the federal Centers for Disease Control and Prevention (CDC) said that a newborn in Hawaii, was found to have brain damage linked to Zika.

The baby was born to a woman who had been living in Brazil early in her pregnancy.

"The virus is spreading fairly rapidly through the Americas," said Lyle Petersen, director of the CDS's division of vector-borne infectious diseases.

"Pregnant women in any trimester should consider postponing travel to the areas where Zika virus transmission is ongoing," said the CDC.

The warning came as many people prepared to travel to and around Brazil for the February carnival -- not to mention a few months before visitors from around the world will come for the Olympics.

The organizing committee for the Games said it hopes the slightly cooler, dryer weather in August will ease the problem by helping kill off the mosquitos.

But fears over the risk threaten to compound Brazil's misery as the country is forecast to sink deeper into recession this year.

Stricken by high inflation and political instability, the country is looking to the Olympics to draw in some tourist money.

In Paris, Emilie Goldman, 33, had been planning a holiday to Bahia in northeastern Brazil, but has canceled it at the last minute because she is pregnant with her first child.

"No one was talking about it in France, but I started talking to doctors to know about the possible effects," she told AFP.

"I realized that for a week of holidays, it was not worth the risk."