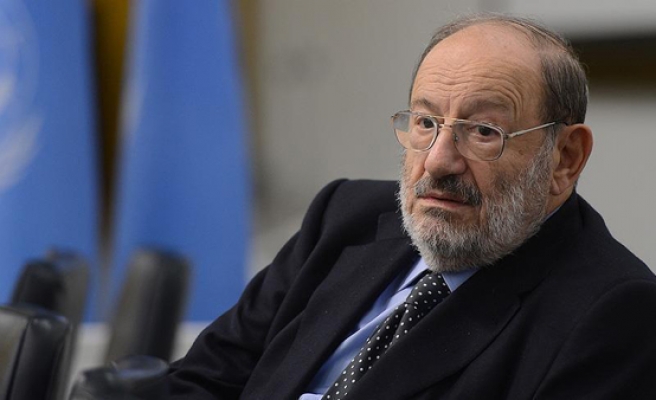 The writer of several groundbreaking books Eco had been suffering from cancer and passed away at 10.30 p.m. [2130 GMT] local time, Italian media reported.

“Umberto Eco is dead. He was a firm intellectual,” Umit wrote: “He influenced me deeply too. I hope he lives forever in his works of art.”

Turkish literary critic Semih Gumus wrote: “The death of Eco created an emotional collapse as if similar to the one that I felt on the loss of [legendary Turkish author] Yasar Kemal. I feel like I lost a piece of myself.”

Turkish writer Mario Levi wrote: “Umberto Eco was not only a great writer, he was a real intellectual too.

“I had the chance to meet with him in person. His death is a big loss,” Levi tweeted.

Eco was best known for works such as 1980’s groundbreaking medieval history The Name of the Rose and Foucault’s Pendulum as well as his essays and children’s books.

Once he was quoted as saying: “I am a philosopher; I write novels only on the weekends.”

Eco was born in Italy’s northwestern city of Alessandria in 1932.