All of the Turkish dailies provided wide coverage of developments regarding the Egyptian crackdown on pro-Morsi sit-ins as well as the reactions of the global community and condemnation over the violence in the country. 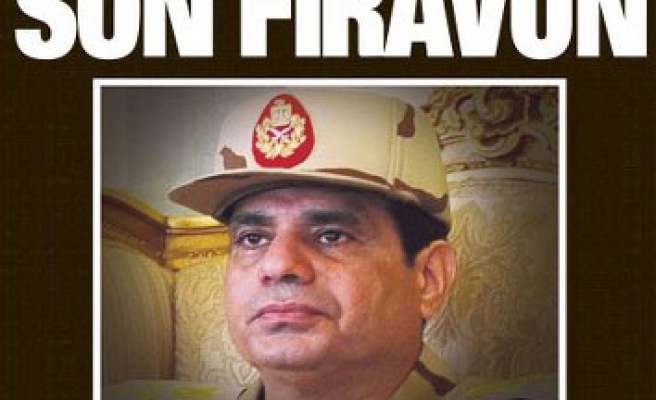 Turkish dailies on Thursday damned the massacre in Egypt. All of the Turkish dailies provided wide coverage of developments regarding the Egyptian crackdown on pro-Morsi sit-ins as well as the reactions of the global community and condemnation over the violence in the country.

Turkish daily SABAH gave a full front-page coverage to Egyptian violence. "Brutal massacre" the daily headlined and briefly shared statements by Turkish President Abdullah Gul and Turkish Prime Minister Recep Tayyip Erdogan over the crackdown in the county. "We are deeply sorry. This bloody attack of security forces on civilian and peaceful protesters sabotaged the intentions of hope for return to democracy in Egypt. Targeting civilian people is committing a serious offense," said Turkish prime minister. The daily also quoted Turkish President Gul as saying, "What is happening in Egypt today is unacceptable. Assault on protesters and civilians are unacceptable. No matter what the reasons might be, these assaults might have grave consequences. Egypt will sink into chaos if unrest continues in the country."

"Ikhwan: 2,200 dead" daily TURKIYE headlined and added: "The world is silent. Al-Sisi claims lives." The paper also covered Turkey's intense diplomacy traffic and saying that Turkish Foreign Minister Ahmet Davutoglu had sent a message to the Western countries: "End your silence which damages the global conscience. The ones who don't stand at the correct place today cannot give a correct democracy lesson to anyone in the future."

Daily TARAF headlined: "The coup slaughters, world watches" and it covered the number of casualties alongside condemnation and reactions from world leaders in regards to Wednesday's bloody crackdown. The daily also said the daughter of Mohamed al-Beltagi, a leading Muslim Brotherhood figure, was shot dead in Cairo's Rabaa al-Adawiya Square.

"Crime against humanity", daily VATAN headlined, providing details over the month-long state of emergency. According to the paper, Egyptian Interior Ministry announced that police and military would hold joint security operations, adding that the Egyptian government had declared an eleven-hour curfew in several provinces across the country.