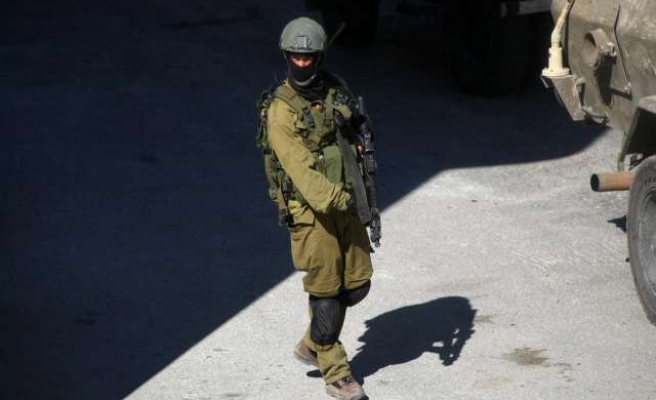 Israel's police detained late Sunday 31 Arab residents after clashes that had erupted during protests against last week's kidnapping and killing of a 16-year-old Palestinian by suspected Jewish settlers.

Israel Radio said policemen had detained 22 Arabs, including 12 minors, in the northern Nazareth town on suspicions of being involved in clashes with Israeli policemen.

Israel's police on Sunday deployed 10,000 soldiers in different cities against the background of rising tensions in Arab cities and towns in the self-proclaimed Jewish state.

Tel Aviv District Police Commander Aharon Aksol told Israel Radio that the deployment of the 10,000 soldiers was in anticipation of violence.

He said authorities were taking several measures to calm down tempers, either through police operations or dialogue with leaders of the Arab community.

Violent clashes had erupted between residents and Israeli soldiers in different Arab cities and continued into the early hours of Sunday.

Similar clashes were also reported in the neighborhoods of occupied East Jerusalem.

Israel's police had earlier warned Arabs against escalation, calling on Arab figures to intervene to calm down the demonstrators.

Tensions have been running high in the West Bank since Wednesday following the kidnapping and killing of a 16-year-old Palestinian boy by suspected Jewish settlers near Jerusalem.

The Palestinian boy's murder fell hot on the heels of the discovery of the bodies of three missing Jewish teens.

The Israeli army had detained hundreds of Palestinians following the disappearance of the settlers last month.

Israel's army also confirmed on Sunday that it had launched airstrikes against ten targets in southern and central parts of the Gaza Strip overnight.

It a statement, the Israeli army said the strikes were in response to the firing of rockets from Gaza and targeted, among other things, rocket launchers and a facility for the manufacture of arms.

It did not, however, elaborate on the damage inflicted.

They added that Israeli warplanes had also targeted a training facility of Ezzeddin al-Qassam Brigades, the military arm of the Palestinian resistance movement Hamas.

A Palestinian man was injured with shrapnel from an Israeli airstrike on a farmland in southern Gaza late on Saturday, according to witnesses.

Twenty Palestinians were, meanwhile, wounded by birdshot fired by Israeli forces during confrontations in different parts of the West Bank, eyewitnesses said.

They said the clashes had erupted between Palestinians and Israeli troops at the entrance to Al-Ram, a Palestinian town northeast of Jerusalem.

The eyewitnesses added that Israeli soldiers had used birdshot and teargas to disperse the Palestinians, leaving eight Palestinians wounded.

Palestinian youths hurled stones and Molotov cocktails at Israeli soldiers, leaving one soldier injured, according to an Anadolu Agency reporter.

Other confrontations erupted near Qalandiya barrier, which separates Ramallah from Jerusalem, leaving two Palestinians wounded with birdshot, while scores of others experienced teargas-induced breathing difficulties.

Ten more Palestinians were also wounded by birdshot in similar clashes that had erupted at the entrance to Al-Arroub refugee camp in the south of the West Bank.