11 dead in flash floods in Jordan

9 others hospitalized, including some in critical conditions 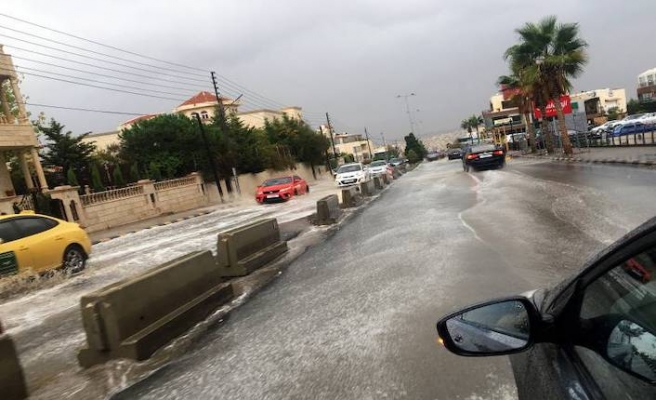 At least 11 people were killed in flash floods across Jordan, according to a government spokeswoman on Saturday.

In a statement, Jumana Ghunaimat said two people were still missing after the floods on Friday, while two others were rescued in al-Wala district.

“Victims of the bad weather in Jordan have risen to 11,” she said.

In earlier statements, the spokeswoman said a civil defense team diver was among those killed in the floods.

She said three people, including two women and a girl, had been killed in Madaba province when their vehicle was swept away.

According to the spokeswoman, 60 people were evacuated and nine were hospitalized, including some in critical condition.

Flash flooding also hit the historic city of Petra as 3,760 tourists were evacuated from the severe weather, she said.

Last month, at least 21 people were killed in a rash of severe flash flooding in Jordan’s western Dead Sea region.