Syria peace talks to kick off in Astana Wednesday 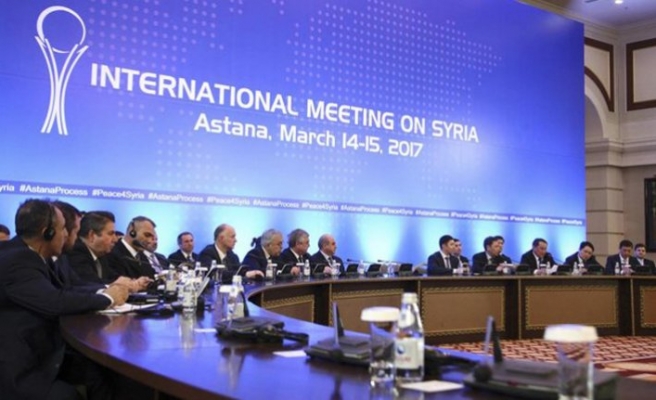 The 11th round of Syria peace talks in the Astana format is scheduled to start in the Kazakh capital on Wednesday.

After a six-month recess, the guarantor countries of Turkey, Russia, and Iran will meet once again in Astana to exchange views on various topics.

The ceasefire in Syria’s northwestern province of Idlib, efforts to establish a constitutional committee that will rewrite the country’s constitution and the release of prisoners are expected to top the agenda.

The meeting is planned to be attended by the guarantor countries, the Bashar al-Assad regime, and the Syrian military opposition. UN and Jordan were also invited to the meeting as observers.

Talks on Wednesday will be closed to the press, while Thursday’s main session -- where all the sides will meet and a final declaration will be read out -- will be open to media.

Turkey will be represented by Deputy Foreign Minister Sedal Onal during the talks.

On behalf of the main Syrian opposition group, Ahmed Tuma, the former premier of the Syrian interim government, will take part in the talks while the regime will be represented by Bashar Jaafari, the regime's permanent representative to the UN.

The U.S. had not sent an official to the last two meetings.