At least 12 Libyan soldiers were killed in an attack on a checkpoint near Gaddafi stronghold Bani Walid. 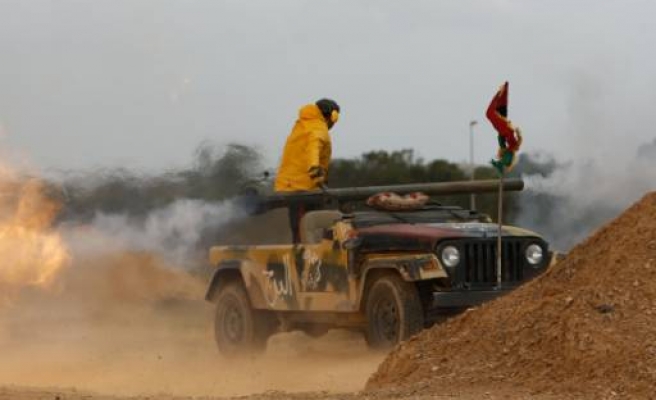 Gunmen killed at least 12 Libyan soldiers in an attack on a checkpoint near the city of Bani Walid, a former stronghold of supporters of Muammar Gaddafi, security officials said on Saturday.

Two years after Gaddafi was overthrown and killed in a civil war, the north African country's fragile central government is struggling to control rival militias competing for influence in the aftermath of the conflict.

"The ambush happened on the road between Bani Walid and the town of Tarhouna, where the armyhad a checkpoint. They came under heavy gunfire. Between 12 and 15 soldiers were killed," said Ali Sheikhi, a spokesman for the army joint chief of staff.

Army Capt. Hassan al-Saidah said 15 soldiers had been killed and five wounded in the attack, which forced officials to close the main road to Bani Walid.

Officials did not say who might be responsible for the ambush.