12M Yemenis on verge of famine 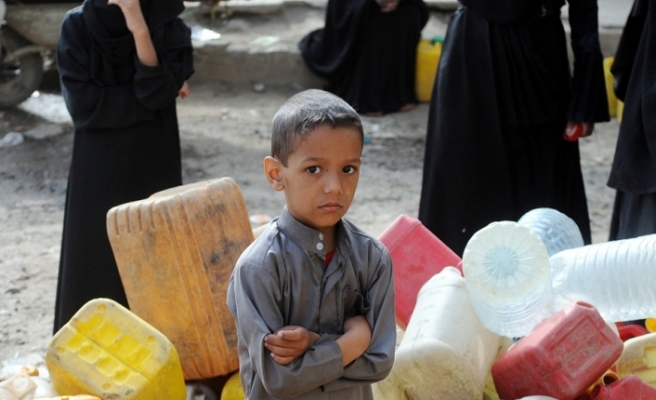 Nearly 12 million people in Yemen are on the verge of famine, the  World Food Program (WFP) said Tuesday.

Herve Verhoosel, WFP's spokesperson, explained the concern to reporters in Geneva saying: "Yemen is currently facing the world's worst hunger crisis, with almost 18 million people throughout the country not knowing where their next meal is coming from.

"If the situation persists, we could see an additional 3.5 million severely food insecure Yemenis, or nearly 12 million in total, who urgently require regular food assistance to prevent them from slipping into famine-like conditions."

He noted that the UN is making all efforts to tackle the crisis.

WFP reported it currently has a storage of grains which is enough to feed 6.4 million people for two months.

Aid workers also face difficulties in distributing food to people in need due to lack of security.

Wheat stocks that can feed 3.7 million people for a month are stored at the UN's Red Sea Mills facility but cannot be transported.

Impoverished Yemen has remained wracked by conflict since 2014, when Shia Houthi rebels overran much of the country, including the capital of Sanaa.

The conflict escalated the following year when Saudi Arabia and its Sunni-Arab allies launched a wide-ranging air campaign in Yemen aimed at rolling back the Houthis’ territorial gains.