814 UNRWA students were injured and 560 have become orphans due to the Israeli onslaught. 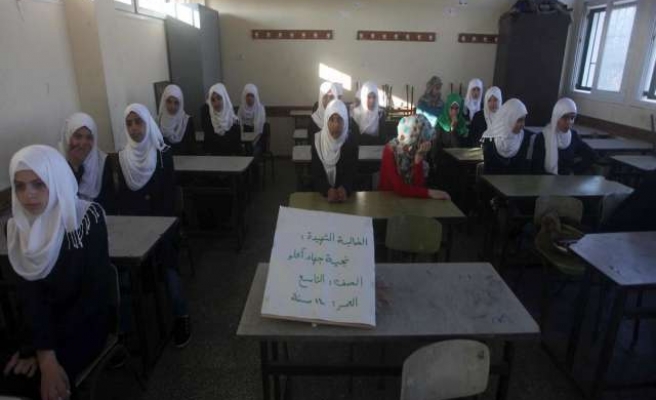 Some 138 Palestinian students in UNRWA-run schools have been killed in a recent Israeli offensive on the Gaza Strip, the U.N. refugee agency said Friday.

"We can confirm that 138 UNRWA students were killed since 8 July," UNRWA spokesman Chris Gunness said in a statement.

He said that additional 814 UNRWA students were injured and 560 have become orphans due to the Israeli onslaught.

"Family life for so many has been devastated," Gunness said.

On July 7, Israel launched a seven-week military offensive in the Gaza Strip with the stated aim of halting rocket fire from the Palestinian enclave.

Over the course of the 51-day onslaught, more than 2,150 Palestinians were killed – mostly civilians – and nearly 11,000 injured, while thousands of homes across the territory were partially or totally destroyed.

Over the same period, at least 73 Israelis – 68 soldiers and five civilians – were killed by Palestinian fighters or rocket fire.