Fifteen soldiers were killed in an attack on an army checkpoint in Yemen. 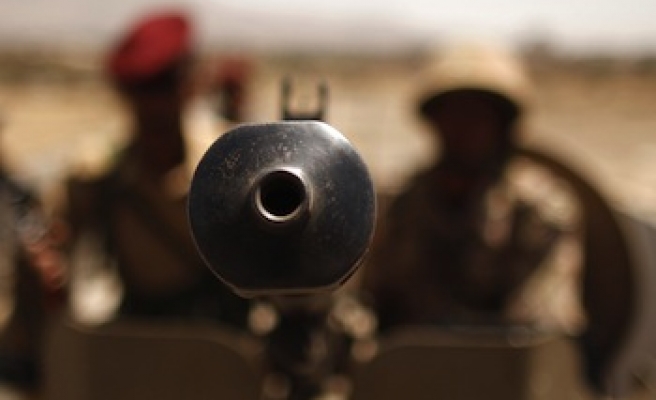 Fifteen soldiers were killed and four wounded by armed men in an attack on an army checkpoint in southeastern Yemen on Friday, an army official said.

The soldiers were ambushed as they were having lunch in a desert area near the city of Shibam, in the eastern province of Hadramout, residents said.

Yemen, one of the poorest countries in the Arab world, is struggling to restore state authority after long-serving President Ali Abdullah Saleh was forced to step down in 2011.

Security in Yemen is closely watched by Western and Gulf Arab countries because of its proximity to top oil exporter Saudi Arabia and the presence there of an al Qaeda branch that has plotted bomb attacks against international airlines.

Hadramout, a centre of Yemen's modest oil production, has been hit by sporadic fighting between government forces and a big tribal confederation, after a senior tribesman was killed in a shootout at anarmy checkpoint in December.