The report by Syria Network for Human Rights reveals that 1585 people, including 316 children, 197 women and 172 victims have been tortured to death, the proportion of women and children is 32% of the victims. 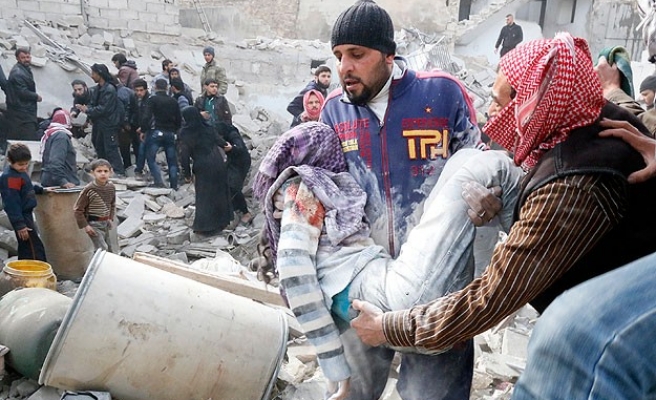 The Syria government forces have killed 1585 civilians since the beginning of the Geneva II peace conference, according to a report released on Tuesday by the UK-based Syrian Network for Human Rights (SNHR).
SNHR claims that 1585 people, including 316 children, 197 women and 172 victims have been tortured to death; the proportion of women and children is 32 percent.

During the conference, SNHR wrote that the top priority for all parties and state sponsors should be to stop of killing civilians.

SNHR said that the government forces are systematically killing, shelling, and even torturing to death supporters of their allies.

The group added that Friends of the Syrian People do not put any real pressure on the regime, a fact that is reflected in the ongoing bloodshed in Syria.

The SNHR demanded that UN envoy, Lakhdar Brahimi continues to ensure that ending the violence against Syria's civilians is a priority at the Geneva talks.
Last Mod: 11 Şubat 2014, 16:50
Add Comment