16 supporters of ousted president Mohamed Morsi were sentenced to five years in jail. 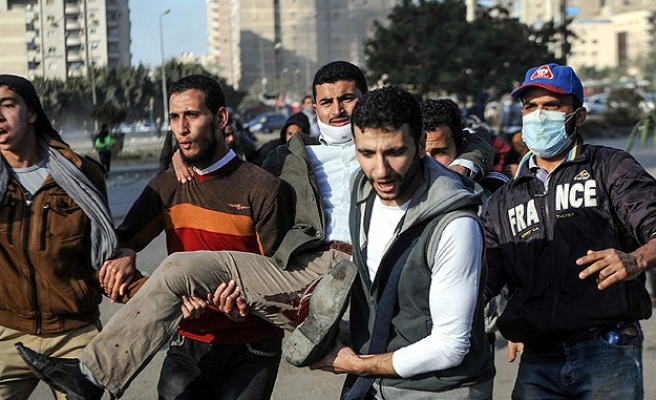 An Egyptian court on Sunday sentenced 16 supporters of ousted president Mohamed Morsi to five years in jail in connection with clashes late last year between Morsi supporters and policemen in eastern Cairo.

The defendants were found guilty of inciting violence and disturbing public security, a judicial source said.

He added that the ruling is not final and that it can be appealed before a higher court.

Clashes erupted on December 27 between scores of Morsi supporters and policemen in Nasr City in eastern Cairo when policemen fired teargas to disperse the backers of the ousted president.

The policemen arrested the 16 defendants during the clashes and referred to them to the prosecution.