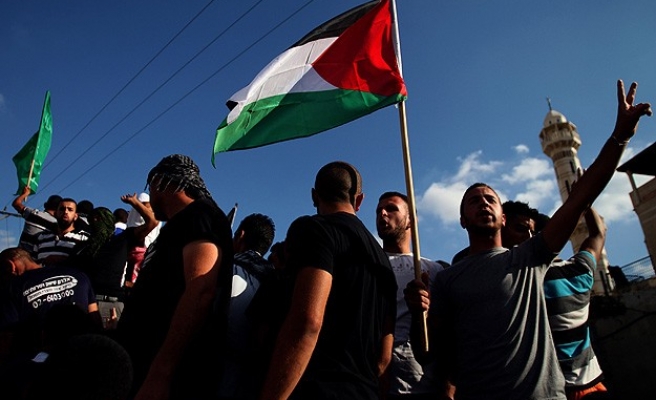 Two Arab Israelis were shot and injured late Sunday by unidentified gunmen in the northern Israeli town of Kafr Qasim as protests continued in the Arab towns across Israel against of the Saturday shooting of an Arab youth by Israeli police.

According to Israel's Channel 10, unknown gunmen opened fire at the pair, leaving them with moderate wounds.

The Israeli police dispatched reinforcements to the town to investigate the incident, the report said.

Israel's Arab towns have seen violent confrontations over the past day between Israeli police and Arab residents angered by the killing of 22-year-old Khair al-Din Hemdan in Kafr Kanna, an incident that the police argued was self-defense after he tried to assault its personnel with a knife during a raid to arrest another Arab resident of the town.

Arabs, mostly Palestinians, who live within Israel and hold the Israeli nationality comprise nearly 21 percent of Israel's population of 8 million, according to a 2013 report by Israel's Central Bureau of Statistics.

Meanwhile, the Israeli police that a Jewish settler was slightly injured after Palestinian youths hurled stones at his car in Jerusalem.