2 injured in blast in southern Yemen near military patrol

The device went off near an army patrol, injuring two people in the Sanah market in northern Ad Dali'. 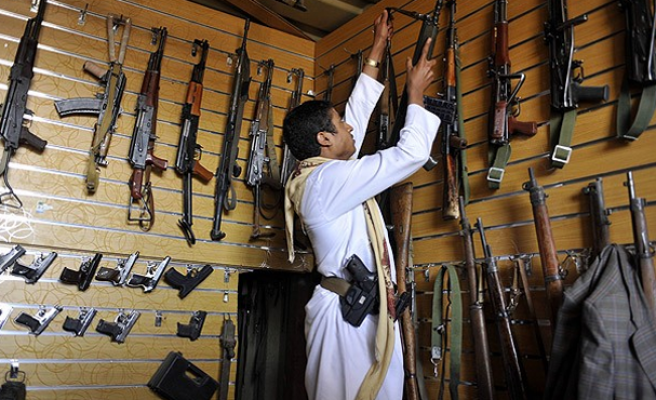 Two people were wounded Monday after a bomb went off near a military patrol in the Sanah district of Yemen's southern Ad Dali' province, security sources have said.

"The explosive device went off near an army patrol belonging to the army's 33rd Armored Division in the Sanah market in northern Ad Dali', injuring two," a security source told The Anadolu Agency.

The sources accused militants from Yemen's Southern Movement – which calls for the secession of southern Yemen – of planting the bomb and targeting the army.

The Southern Movement usually denies such accusations, stressing its commitment to purely "peaceful struggle," according to previous statements issued by the movement.

Responsibility for the latest attack has yet to be claimed by any group.

Yemen has been dogged by turmoil since pro-democracy protests forced president Ali Abdullah Saleh to step down in 2012 after 33 years in office.