An Egyptian army spokesman vowed that the ongoing offensive in Sinai "would continue until all criminal hideouts are eliminated." 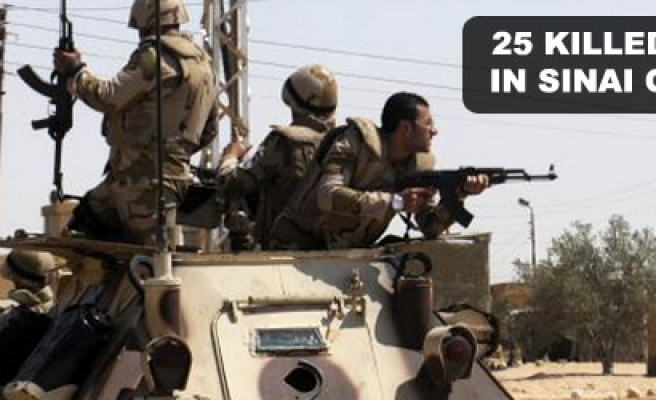 Egypt's army said on Sunday that a military operation that targeted a “terrorist group” in North Sinai late Saturday had left at least 25 dead and injured.

"At 9 p.m. on Saturday, military troops launched a major operation against a terrorist group whose hands are stained with the blood of our martyrs from the police and army in North Sinai," military spokesman Ahmed Mohamed Ali said via Facebook.

According to the statement, the operation occurred south of Al-Touma village in the city of Sheikh Zuweid.

"The operation left 25 terrorists dead and injured, while an arms cache was destroyed," the statement added. It did not provide specific numbers for those killed and injured.

The spokesman said that joint police/army formations were still pursuing members of the armed group, vowed that the ongoing offensive in Sinai "would continue until all criminal hideouts are eliminated."

The Sinai Peninsula, situated near Egypt's borders with Israel and the Palestinian Gaza Strip, has seen almost daily attacks by unknown assailants since ousted president Mohamed Morsi's July 3 overthrow by the military.

The army later said that a group accused of involvement in last year's killing of 16 Egyptian border guards in North Sinai had been "dealt with."

In August of last year, 16 Egyptian border guards were killed as they broke their Ramadan fast in an attack by unidentified gunmen on a border checkpoint near the North Sinai city of Rafah.