The attacks were claimed by Ansar Beit al-Maqdis, a movement that has changed its name to "Welayet Sinai" (the State of Sinai) in 2014 after it swore allegiance to the ISIS. 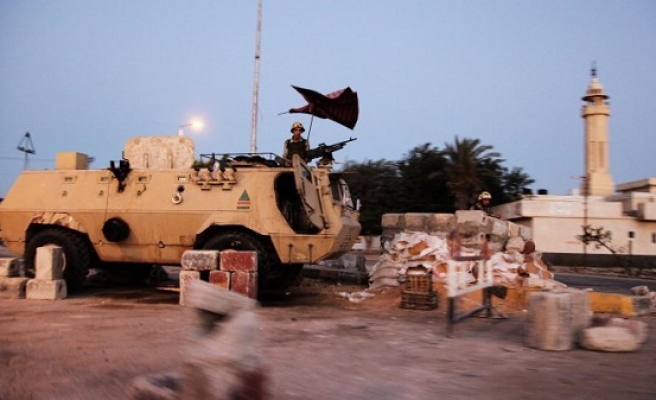 Three militants were killed and two others wounded on Saturday when they attacked three military checkpoints in the Sinai Peninsula, northeastern Egypt, a security source has said.

Six Egyptian troops were wounded in the attacks as well, the source added.

The source, who asked not to be named, told The Anadolu Agency that security forces had hunted for militants who staged attacks on the three checkpoints, killing three of them and wounding two others.

He did not, however, mention details about the fate of the two wounded militants.

Earlier in the day, a security source said six Egyptian soldiers were wounded in an attack on three military checkpoints in the Sinai Peninsula.

He added that the victims had been taken to a military hospital in the North Sinai city of Al-Arish to receive treatment.

Army troops had foiled an attack on a military checkpoint in North Sinai, another security source said earlier on Saturday.

"A man driving a water tank truck tried to slam the truck into the checkpoint," the source told AA.

He added that troops at the checkpoint opened their gunfire on the driver when he refused to stop, which led to the explosion of the truck and the death of the driver.

There has been no official statement about the attacks on the Sinai checkpoints.

These attacks come only two days after a series of terrorist attacks that targeted military and security sites in North Sinai left at least 30 people dead, and dozens of others injured.

The attacks were claimed by Ansar Beit al-Maqdis, a movement that has changed its name to "Welayet Sinai" (the State of Sinai) in 2014 after it swore allegiance to the ISIS that has overrun vast territories in both Iraq and Syria.