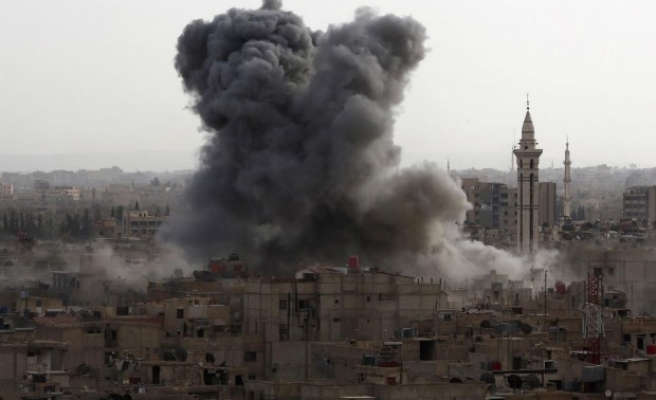 At least 31 Palestinian refugees have been killed in multiple attacks in a southern district of Syrian capital Damascus last week, UNRWA said.

“While the toll of deaths and injuries is still being verified, with many still listed as missing, credible reports indicate that the explosions took the lives of some 120 people,” UNRWA said in a statement on Wednesday. “Among those killed were 31 Palestine refugees.”

According to the UN refugee agency, a six-month old child was among those killed in the attacks, which were claimed by the ISIL armed group.

UNRWA said that at least 28 Palestinian refugees, including 13 children, were also injured in the blasts.

“In the strongest possible terms, UNRWA condemns the perpetrators of this mindless carnage, which was so deliberately calculated to kill and maim as many civilians as possible,” it said.

According to UNRWA, there are 450,000 Palestinian refugees in Syria, which fell into a civil war since 2011 when the regime of Bashar al-Assad suppressed pro-democracy protests with unexpected ferocity.

More than 250,000 people have been killed and more than 10 million driven from their homes since the conflict erupted, according to the UN.