31 years of waiting for justice in Sabra and Shatila

After 31 years of waiting for justice, the pain of the Sabra and Shatila massacres remain fresh in the minds of survivors 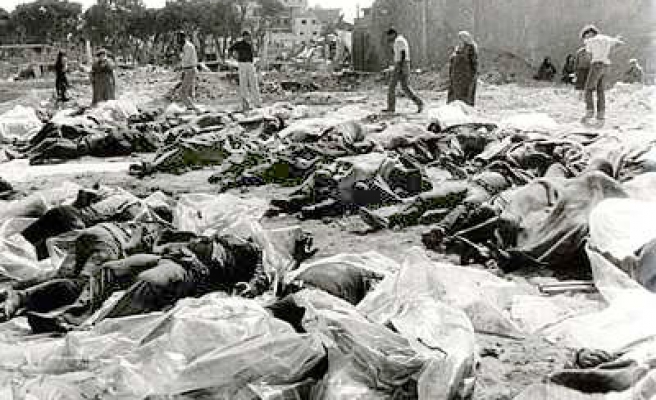 It was 31 years ago when Christian militias brutally slaughtered Palestinian civilians in the Sabra and Shatila refugee camps. Since then many things have changed yet the suffering and pain of Palestinians whose relatives were killed remain intact. The survivors are still traumatized by those cruel, bloody events and are still seeking justice.

Marjana Burji, a Christian Arab who fell in love with a Muslim during Lebanon’s civil war, faced severe rejection from her family when she decided to get married to her lover. The couple managed to marry but the love story ended in tragedy. Marjana’s husband and her children were killed by Christian militias in front of her. With her eyes filling with tears, Marjana said she was not able to forget those days. “I feel I am lost somewhere in the past. I was with my three sons, my nephew and my beloved husband who were all killed.”

She still lives in the Sabra refugee camp in a house filled with the pictures of the martyrs from her family. Her husband’s picture stands above them. Pointing to her children and husband, Marjana noted “I lost the most valuable part of my life.” They were buried in a grave near to her house, whenever she passed the grave, almost three times a day, she feels the sorrow.

It’s not only the graves that keep the brutality she experienced fresh in her mind. Numerous survivors are still alive. One of them, Mohamed Surur said “When the attack started my two sisters were wounded along with my mother. Five of my brothers were martyred. My youngest brother Maher carried his elder brother Ismail, who was also wounded, to our kitchen. They managed to hide and survived.”

Mohammed Sururi and Marjana Burji will never forget that day. The Christian militias who conducted the massacre, as well as the then Israeli Defense Minister Ariel Sharon, who let them enter the refugee camps, did not face any criminal charges.