In the final declaration, member states stressed their loyalty to the organization 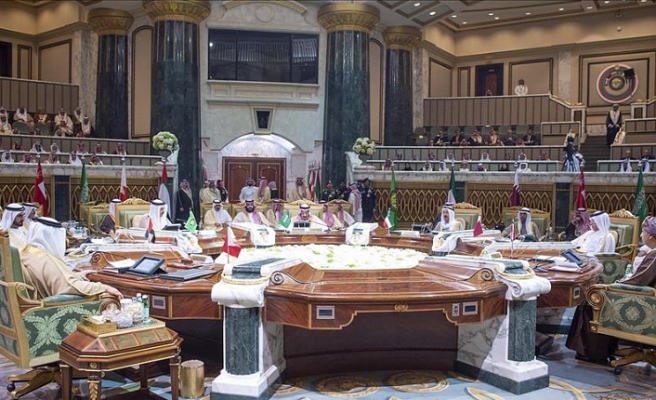 The Gulf Cooperation Council (GCC) members sought to remove obstacles ahead of the common Gulf market to ensure the economic unity till 2025 and quickly complete the procedures to implement Joint Gulf military command.

The declaration called on to form a route map to complete the integration between member states and ensure financial unity until 2025.

It was noted that GCC would combat radicalism, be loyal to the superiority of law and operate together with the international partners to fight terrorism, noting that the member states should pursue a common foreign policy to be distanced with the regional and global conflicts.

GCC declaration also emphasized that it would continue to support fellow states, the Palestinian cause, and Yemen.

The next summit is going to be held under the United Arab Emirates (UAE) presidency.

The Qatari Emir Tamim Bin Hamad al-Thani didn't attend the summit despite having been officially invited by the Saudi King Salman bin Abdulaziz.

In June 2017, Saudi Arabia, Egypt, the UAE and Bahrain collectively severed ties with Doha, accusing it of supporting terrorism, and imposed an air/land/sea embargo on Qatar, which vociferously denies the allegations.