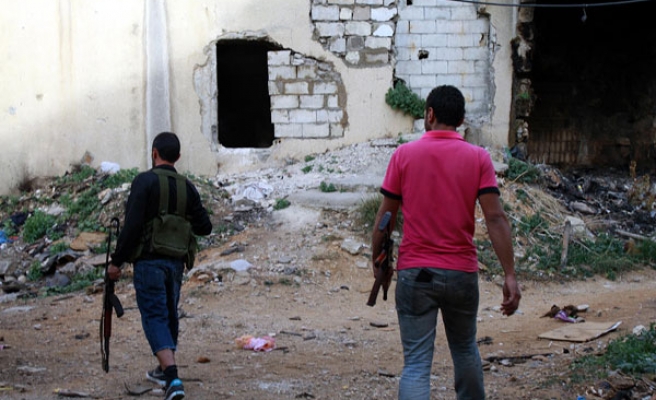 Shanyour added that no information was yet available regarding the identies of those who had kidnapped journalists Ibrahim Reda and Saddam al-Rashdi – who work for Libyan state television – and independent journalist Ibrahim al-Wafi.

"His abduction is inhumane and tarnishes the image of Libyan journalism," Abu Diya told AA.

Nezar Ibrahim, spokesman for the independent Libyan Center for the Freedom of Journalism, condemned Tuesday's kidnappings as "a dangerous sign that free journalism and freedom of expression are being targeted in Libya."

He called on the Libyan authorities to work for the release of the abducted journalists.

According to Ibrahim, attacks on journalists have increased in recent months. He said the center had documented several recent assaults and threats against media figures.

He went on to stress on the necessity of "commiting to the ethics of the profession," calling for an end to the "politicization of media discourse and atempts to swing public opinion towards certain political actors."

On Friday, a number of reporters were reportedly beaten by Libyan protesters gathered in Tripoli and Benghazi to reject the extension of parliament's term as part of a one-year roadmap unveiled last December by the National Conference for Libyan Opposition (NCLO).

Protesters, responding to a call by the new "No to Extension" campaign, accused reporters of bias in favor of the NCLO roadmap.

Libyans are still struggling to restore order to their country more than two years after the death of long-serving strongman Muammar Gaddafi.

The transitional government and its security forces have been grappling with militancy on the streets, which has run rampant with the armed militias that helped overthrow Gaddafi but which held onto their weapons after the 2011 uprising.