More than 5,000 Faili Kurds volunteer to fight in Iraq. 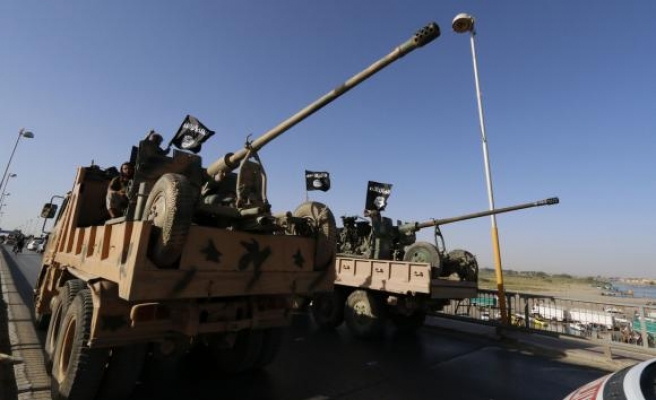 World Bulletin / News Desk
Four hundred Faili Kurds will move from Iran to Iraq to join a Shiite militia to fight against Daesh, the Arabic acronym for ISIL, the spokesman of the Supreme National Front for the Faili Kurds said Tuesday.

The Faili Kurds are a Shiite Kurdish group which exist in eastern Iraq and south western Iran. The Supreme National Front for the Faili Kurds is a political Faili Kurdish assembly which aims to unite their group and participate in the political process in Iraq.

Faili Kurds suffered displacement by Ahmed Hassan al-Bakr, the fourth president of Iraq, in 1971 and 1975, and also by his successor Saddam Hussein in 1980. Both accused the minority group of loyalty to Iran.

“400 Faili Kurds from Kurds who were expelled from Iraq by former Iraqi president Saddam Hussein, will join al-Hashid al-Sha’bi in Iraq in the coming days to fight Daesh,” Gholam Shahi, spokesman of the Supreme National Front for the Faili Kurds, said.

There are more than 5,000 volunteer Faili Kurdish fighters in Iraq, according to Shahi.

“Members of Iraq’s diverse ethnic and religious communities, including Turkmen, Shabaks, Christians, Yezidi, Sabaeans, Kaka’e, Faili Kurds, Arab Shi'a, and others have been intentionally and systematically targeted by Daesh and associated armed groups and subjected to gross human rights abuses, in what appears as a deliberate policy aimed at destroying, suppressing or expelling these communities permanently from areas under their control,” the report by the Office of the UN High Commissioner for Human Rights and the UN Assistance Mission for Iraq said.

Al-Hashid al-Sha’bi consists of Iraqi Shiite volunteer fighters. The militia was established after a fatwa, or a religious ruling, for jihad against Daesh in June 2014 by Shiite leader Ayatollah Ali al-Sistani, who is originally from Iran and lives in the city of Najaf in Iraq.