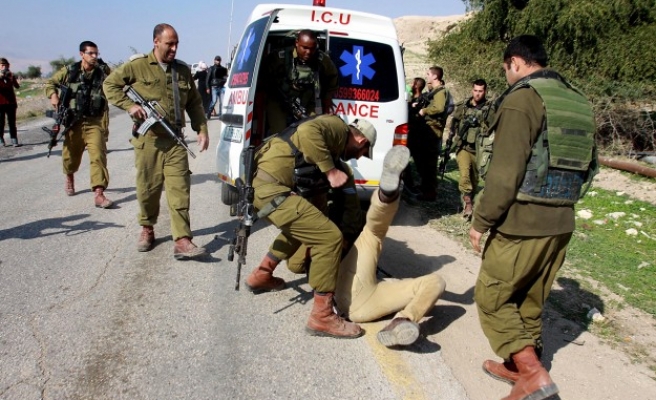 The Israeli army has detained 401 West Bank Palestinians for varying periods of time since November 1, a Palestinian NGO has said.

In a Thursday statement, the Palestinian Prisoners' Society said that, of these, 190 Palestinians – mostly minors – had been detained in Jerusalem and its outskirts since the beginning of the month.

In the West Bank, meanwhile, Israeli forces detained 70 Palestinians in the city of Hebron, 24 in Bethlehem, 18 in Jenin, 32 in Ramallah, 14 in Nablus and 14 in Tulkarem, according to the NGO.

Israeli forces have waged a harsh crackdown on Palestinians in recent weeks following a spate of attacks on Jewish settlers.

Since early July, tension has mounted in occupied East Jerusalem in particular, following the abduction and killing of three Jewish settlers and the subsequent murder of a Palestinian boy from the Shuafat district.

The atmosphere in the flashpoint city deteriorated further late last month after Israeli authorities briefly closed the Al-Aqsa Mosque compound following the shooting of an extremist rabbi in West Jerusalem.

Over 7,000 Palestinians continue to languish in prisons located throughout Israel, according to the Palestinian Ministry of Prisoners' Affairs.