Marea a key supply route to the Turkish border has been the focus of a battle by ISIL for months. 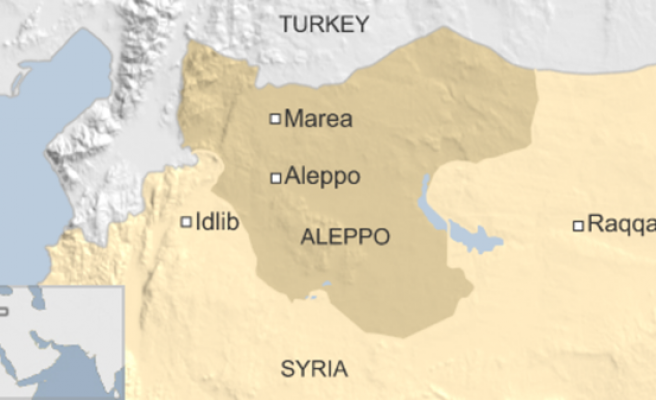 A battle between ISIL and rebels for control of an opposition stronghold in northern Syria has killed at least 47 fighters, a monitor said Saturday.

Twenty  fighters were killed in the clashes in Aleppo province throughout Friday, along with 27 ISIL fighters, the Britain-based Syrian Observatory for Human Rights said.

The fighting centred on the town of Marea, a key rebel bastion that ISIL has been trying to capture for months.

The Observatory said fighting was ongoing around the town, which rebel forces still control, as well in villages in the surrounding area.

Marea is one of the most significant rebel-held towns in northern Aleppo and lies on a key supply route running to the Turkish border.

ISIL has targeted the town for months, seeking to expand westwards from territory it already holds in Aleppo province.

Last week, ISIL advanced in the area, seizing five villages from rebel forces around Marea after allegations it had used a chemical agent, possibly mustard gas, in its attacks.

The ISIL advances came despite an agreement between Turkey and the United States to work on the establishment of an ISIL-free zone in northern Aleppo.