Regime offensive, backed by Russian air strikes, against the opposition leaves tens of thousands without shelter 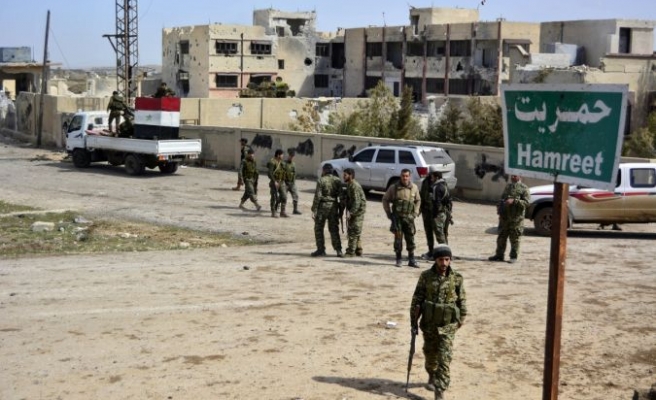 An intensification of fighting between pro-government forces and the opposition in southern Syria has left nearly 50,000 civilians homeless in the heart of winter, the United Nations said on Wednesday.

The displacement comes with international attention largely focused on the north of Syria, where a government offensive backed by Russian air strikes has triggered an exodus of refugees towards the Turkish border.

The UN humanitarian coordinator in Jordan, Edward Kallon, said the world body had organised additional cross-border aid convoys over the past fortnight that had provided winter clothing and basic shelter to more than 30,000 civilians, over 7,000 of them children.

In southern Syria, near the frontier with Jordan, the city of Daraa remains in government hands but there has been heavy fighting in much of the surrounding province.

Neighbouring Sweida, the heartland of Syria's Druze minority, has come under attack by extremists of the ISIL group but has seen less fighting than other parts of the country.

Jordan hosts more than 630,000 of the roughly 4.6 million Syrian refugees, according to the United Nations High Commissioner for Refugees.

The Jordanian government gives a much higher estimate of 1.4 million refugees, because many of them are unregistered.