"Those sentenced to life in occupation prisons are doomed to spend their whole lives there, without any hope of release," says an NGO director 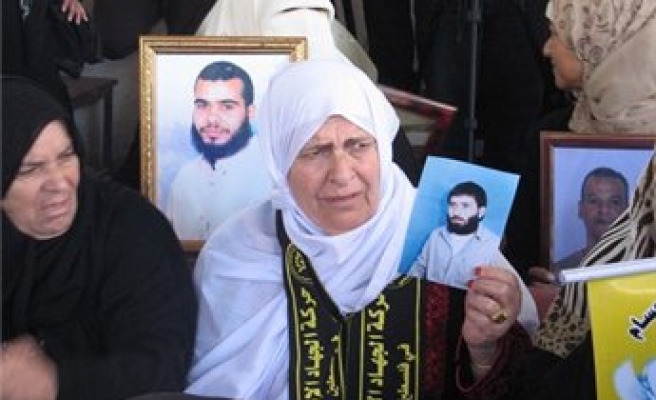 At least 525 Palestinian prisoners are serving lifetime jail terms in Israeli prisons, according to the Ramallah-based non-governmental organization Ahrar Center for Prisoners' Studies and Human Rights.

"The Israeli occupation is the only entity in the world that does not limit life sentences to a specific period," center director Fouad Khuffash said in a statement. "Under Israeli law, it's an open-ended jail term."

He added: "Those sentenced to life in occupation prisons are doomed to spend their whole lives there, without any hope of release."

Khuffash called on Palestinian leaders and factions to work towards securing the release of Palestinian prisoners languishing in Israeli detention facilities.

"Not only does the Israeli occupation leave them [life sentences] open-ended, but it has also sentenced Palestinians to 20 life jail terms," he said.

"Hamas leader Abdullah al-Barghouthi received 76 life sentences, while Hassan Salama received 47 and Abbas al-Sayed received 36 in an attempt to make prisoners give up hope of ever being released," Khuffash added.

The group had been part of the 104 prisoners who the Israeli government had promised to release to encourage the resumption of Israeli-Palestinian peace talks.

At least 5,068 Palestinian prisoners remain in Israeli jails, according to non-official Palestinian figures.