Majority of respondents believe the Israeli government should continue restricting Jews from entering the Al-Aqsa Mosque compound in order to "prevent friction with the Muslim world." 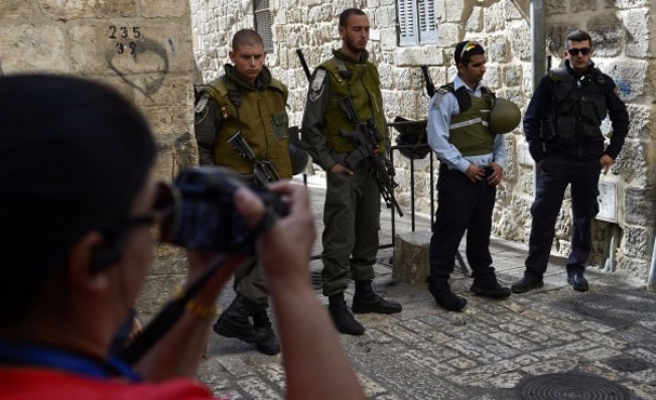 According to the survey – conducted by the Israel Democracy Institute, a local think tank, and a research group at Tel Aviv University – 56 percent of respondents believe the Israeli government should continue restricting Jews from entering the Al-Aqsa Mosque compound to perform prayers in order to "prevent friction with the Muslim world."

On the other hand, 38 percent of respondents said the Israeli government should change the policy, even if the move leads to bloodshed.

Moreover, 47 percent of survey respondents supported a ruling by mainstream rabbis that Jewish prayer at the Al-Aqsa was forbidden "until the arrival of the Messiah and the rebuilding of the Temple" in the area, where two historic mosques currently stand.

About 31 percent of respondents, however, supported the rulings of certain rabbis who permit Jews to pray at the complex currently.

The survey was conducted by phone from November 3 to 5 on a sample of 603 Israelis over the age of 18, according to the think tank.

The survey comes amid heightened tension in Jerusalem and the occupied territories as groups of extremist Jewish settlers continue to regularly force their way into the Al-Aqsa Mosque complex, angering Muslim worshippers and occasionally triggering violent confrontations.

Late last month, Israeli authorities temporarily closed Al-Aqsa after an extremist Jewish rabbi – who supports calls for Jews to perform prayers inside the complex – was injured in a drive-by shooting in West Jerusalem.

At least two Israelis – one police officer and one settler – were killed and a number of others injured over the past week in attacks by Palestinians.