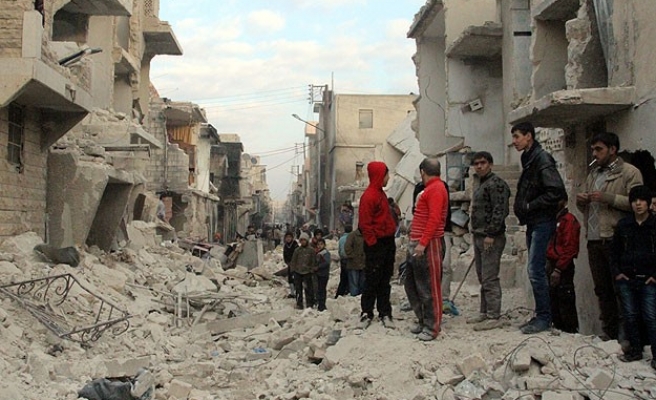 At least 62 people, including an unknown number of children, died when barrel bombs were dropped from the Syrian army helicopters in the Syrian city of Aleppo on Wednesday according to the Syrian Revolution General Council (SRGC) .

The death toll reached to 62 in the attacks by helicopters belonging to the Syrian regime forces in Aleppo, the Syrian Revolution General Council (SRGC) reported.

The local activists said that they are having difficulties rescuing people from the wreckage.

Over 100,000 people have been killed and more than 8 million others have been driven from their homes since the conflict erupted in March 2011.

One of the people rescued from the wreckage said his children still under the wreckage, local activists reports.