The Egyptian Defense Center of Human Rights has stated that the 690 detained people, including children, women and elders who were holding a pro-Morsi sit-in, would be accused on many charges. 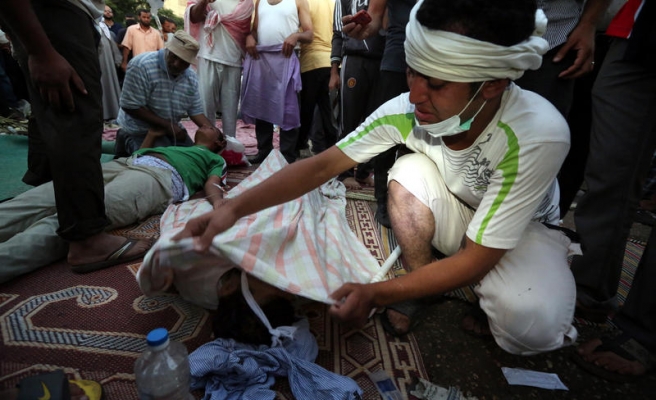 The Egyptian Defense Center of Human Rights has stated that 690 people were detained after the incident when fire was opened on civilians outside the Republican Guard HQ in Cairo last Monday morning and that there were children, women and elders among the detainees who were holding a pro-Morsi sit-in.

Secretary-General of Defense Center of Human Rights and a member of Salafi front, Khalid Al-Misri, said those who were detained would be accused of 'attempting to storm a military facility, killing a military officer, injuring a military officer and attempting to kill the soldiers of Egyptian armed forces, disturbing peace and security,' adding that the prosecution office assigned a team to conduct the investigation.

In a statement, the incidents outside Cairo Republican Guard HQ were condemned and it was noted that history would mark what happened on Tuesday as one of the biggest massacres.

Egyptian official authorities have not given any information about the detainee numbers yet.