Group had entered in a convoy of a dozen cars with light weapons and ammunition, under air cover from the US-led coalition 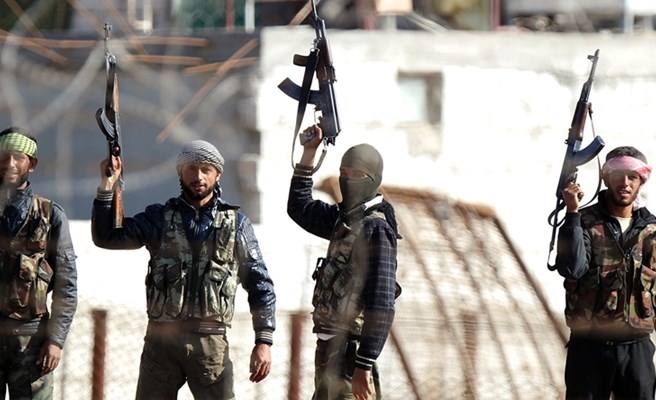 A batch of 75 fighters newly trained by US and coalition forces in Turkey to fight ISIL have entered northern Syria, a monitoring group said on Sunday.

He said the group had entered in a convoy of a dozen cars with light weapons and ammunition, under air cover from the US-led coalition that has been carrying out strikes against the ISIL group in Syria and Iraq.

According to the Observatory, the fighters crossed through the Bab al-Salama border point, the main gateway for fighters and supplies heading into Aleppo province.

That supply route has been increasingly targeted by ISIL seeking to cut off support to rival fighters.

Abdel Rahman said the newly-trained fighters have deployed to support two US-backed units, with most assigned to Division 30 -- the main unit for US-trained fighters -- and others to a group called Suqur al-Jabal (Falcons of the Mountain).

Before the fresh batch of fighters, the US-led train-and-equip programme had only managed to vet and train some 60 fighters to fight ISIL jihadists on the ground.

The $500 million programme run out of Turkey has been fraught with problems, with than a dozen of those already deployed with Division 30 either killed or kidnapped by Al-Qaeda's Syria affiliate, Al-Nusra Front.

On Wednesday, US General Lloyd Austin told the Senate Armed Services Committee that only "four or five" US-trained fighters were on the ground fighting in Syria.

The programme, which had originally aimed to train around 5,400 vetted fighters a year for three years, has come under fire from US lawmakers.

Republican Senator Kelly Ayotte said the low number of fighters being trained was a "joke."