85,000 children may have died from famine in Yemen

Parents have to witness their children wasting away with no help in sight, says Save the Children 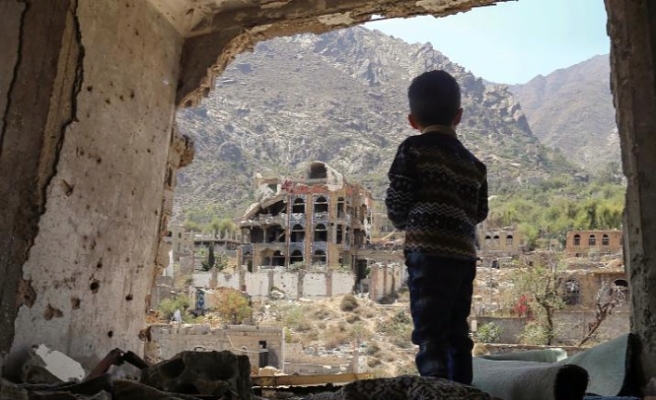 As many as 85,000 children under the age of 5 in Yemen have starved to death since the war began, Save the Children, a rights group, reported on Wednesday.

Using data compiled by the UN, the group found that between April 2015 and October 2018, about 84,701 children under 5 died from cases of severe acute malnutrition -- or hunger.

The UN has warned that up to 14 million people are at risk of famine, which, the group said, has increased dramatically since the Saudi and Emirati-led coalition imposed a month-long blockade of Yemen just over a year ago.

Since then, commercial imports of food through Yemen’s main airport in Hodeidah have declined by more than 55,000 metric tonnes a month, the group said.

“Any further decline in imports could likely lead directly to famine,” it warned.

Tamer Kirolos, Save the Children’s country director in Yemen, said in a statement that the charity is horrified by the number of children who may have died because of extreme hunger.

“For every child killed by bombs and bullets, dozens are starving to death and it’s entirely preventable,” he said.

“Children who die in this way suffer immensely as their vital organ functions slow down and eventually stop. Their immune systems are so weak they are more prone to infections with some too frail to even cry. Parents are having to witness their children wasting away, unable to do anything about it,” he added.

Fighting, blockades and bureaucracy in Hodeidah have forced the group to bring vital supplies for the north of the country through the southern port of Aden, it said in the statement.

According to the United Nations, Yemen is the world’s worst humanitarian crisis. As the conflict enters its fourth year, around 14 million people in Yemen, or half the total population of the country, are at risk of famine, the UN says.