U.S. Secretary of State John Kerry described the attack as an act of "pure terror" and called on Palestinian leaders to condemn it 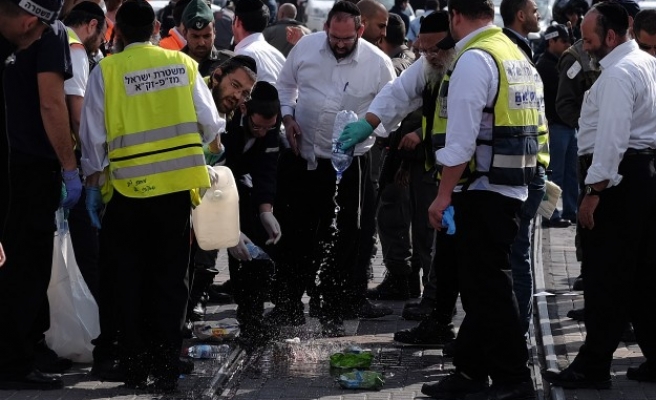 Palestinian President Mahmoud Abbas condemned an attack by two Palestinian men on a Jerusalem synagogue on Tuesday in which four Israelis were killed, the first time he has directly denounced violence after weeks of deepening unrest.

"The presidency condemns the attack on Jewish worshippers in one of their places of prayer in West Jerusalem and condemns the killing of civilians no matter who is doing it," his office said in a statement to Reuters.

Israeli Prime Minister Benjamin Netanyahu has accused Abbas of inciting the deadly violence in Jerusalem. U.S. Secretary of State John Kerry described the attack as an act of "pure terror" and called on Palestinian leaders to condemn it.

Tension has spiked in the holy city in recent months over access to a disputed holy site revered by both Muslims and Jews. Killings on both sides have increased, inspiring Israeli fears of another mass Palestinian uprising, or intifada.

"The time has come to end the occupation and to end the causes of tension and violence, and we are committed to a just solution based on two states according to international law," the president said.