Abbas, Kerry to meet in October 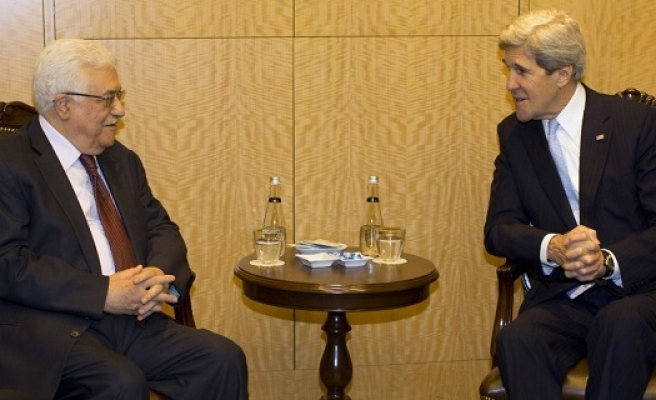 Palestinian President Mahmoud Abbas and U.S. Secretary of State John Kerry are to meet at the United Nations in New York in October, a Palestinian official said Thursday.

Nabil Abu Rdineh, spokesman of the Palestinian Presidency, said in an official press statement that the meeting was agreed to be held in New York between President Abbas and Kerry.

"In their telephone conversation, President Abbas and Kerry agreed to meet in order to discuss more ideas," said Abu Rdineh, adding that "they discussed the situation in the region and frankly talked about all related issues."

Kerry explained to Abbas that although the United States was engaged in the U.S.-Iranian agreement, but it follows with deep concerns about the current developments in the Palestinian situation.

Meanwhile, a well-informed official said that the telephone conversation lasted for half an hour and both discussed the preparations for holding the Palestinian National Council (PNC).

The PNC is scheduled to convene in the West Bank city of Ramallah on September 14 for two days to elect new chairman and members of the executive committee of Palestine Liberation Organization (PLO).

Abbas earlier informed the PLO executive committee that he is planning to quit all his official posts and quit political life, and that he won't run for the post of the PLO chairman.

Officials closed to Abbas said the reason he decided to quit political life is that he got frustrated from the Israeli policy towards the Palestinians and the Middle East peace process.