Abbas said Israel had to choose between peace and its illegal settlements on the occupied territories, but did not repeat any direct link to quit the talks over settlements. 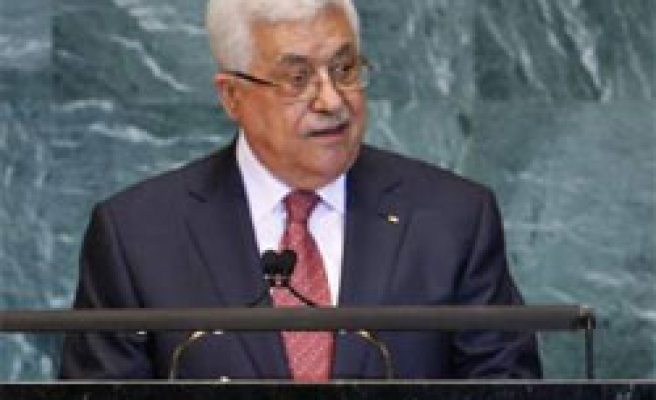 Palestinian President Mahmud Abbas on Saturday said Israel had to choose between peace and its illegal settlements on the occupied territories, but did not repeat any direct link to quit the talks over settlements.

Abbas also condemned "the mentality of expansion and domination" that he said controls Israel's policies.

The Palestinian leader has threatened to leave the negotiations, initiated by US President Barack Obama barely three weeks ago, unless Israel extends a settlement moratorium which due to expire on Sunday.

In a speech to the U.N. General Assembly, Abbas said, that Israel must choose between "peace and the continuation of illegal settlements" in the occupied territories if it wants international talks to succeed.

Netanyahu, whose rightist coalition government includes pro-settler parties, has so far deflected U.S. President Barack Obama's pleas to extend the freeze. He has also said renewed construction in the illegal settlements might be on a "reduced scale".

U.S. Secretary of State Hillary Clinton met with Abbas on Friday in New York over Israeli refusal to end illegal settlements and fate of the talks.

"We are doing everything we can to keep the parties in direct talks," Crowley said, declining further comment.

Abbas told the 192-nation General Assembly the Israelis needed to take a number of steps in addition to halting settlements, including ending the blockade of the Gaza Strip and dismantling its West Bank barrier.

In his U.N. speech, Abbas said, "Our demands for the cessation of settlement activities, the lifting of the siege (of Gaza) and an end to all other illegal Israel policies and practices do not constitute arbitrary preconditions in the peace process."

These are past obligations that Israel is required to implement, he said, and Israel's implementation "will lead to the creation of the necessary environment for the success of the negotiations."

The Palestinian president demanded an end to Israel's repeated flouting of U.N. resolutions, its destruction of the historical identity of Jerusalem, and its blockade of the Gaza Strip which he said has created massive suffering for the people living there and prevented reconstruction.

Egypt's foreign minister, Ahmed Aboul Gheit, warned Israel it would bear the blame if the talks break down over the issue of illegal settlements.

"If Israel fails in its commitment to continue freezing its settlement activities, then it would expose the negotiation process to failure and it would shoulder full responsibility before the region and world public opinion," he said.

"Israel should also bear the responsibility for any negative consequences," he said in his speech to the assembly.

He told the UN assembly that Palestinians face "dangerous problems that continue to push them into the corner of violence and conflict, wasting chance after chance to seriously address the issues faced by the people of the region and to attain comprehensive and genuine solutions.

"This is the result of the mentality of expansion and domination, which still controls the ideology and policies of Israel."

Abbas added that Palestinians still want peace and declared: "Our wounded hands are still able to carry the olive branch from the rubble of the trees that the occupation uproots every day."

The previous round of direct negotiations collapsed when Israel launched a devastating military offensive on the Gaza Strip in December 2008, resulting in the killings of up to 1500 Palestinians.