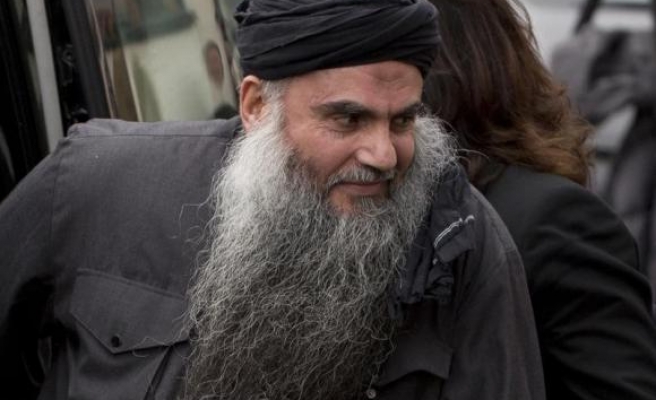 Abu Qatada was set free on Wednesday from a Jordanian prison hours after a court cleared him of charges of providing spiritual and material support for a plot to attacks during New Year celebrations in 2000, a judicial source said.

"Abu Qatada has been released from prison and is now on his way home," the judicial source told Reuters.

Qatada was extradited from Britain last year after a lengthy legal process and was acquitted in June in a separate case of charges of conspiring to commit acts of terrorism. That acquittal was also based on lack of evidence.

Wednesday's session was a retrial in which the prosecution had argued the cleric was a mentor to militant cells in Jordan while he was in Britain, providing spiritual and material support to its followers during the late 1990s.

Abu Qatada had previously been sentenced in absentia by a Jordanian court to life imprisonment for conspiracy to carry out attacks against U.S. and other targets inside U.S.-allied Jordan.

On Wednesday, the court upheld a confession which had convicted him in absentia, which his defence said had been extracted under torture.

European and British courts used the confession to delay his deportation until he agreed to return to Jordan for a retrial.

Despite misgivings about the ruling that upheld the confession, Abu Qatada's lawyer Ghazi Thunaibat said "justice had prevailed."

"This goes along way to implementing the agreement between Britain and Jordan," the lawyer added.

Abu Qatada's return to Jordan was made possible by an extradition treaty that satisfied concerns of British judges about the use of evidence obtained through torture.

Linked by a Spanish judge to the late al Qaeda leader Osama Bin Laden, Abu Qatada has been in and out of jail in Britain since 2001 prior to his extradition.