In its first full report on the Kurdish enclaves, Human Rights Watch said it had found that children had been recruited into the PYD's police force and armed wing. 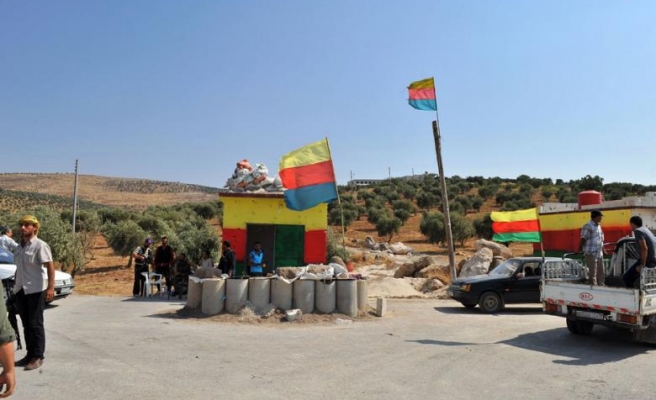 Kurds in parts of northern Syria have carried out arbitrary arrests and failed to investigate the killings and disappearance of political opponents, Human Rights Watch said on Thursday in a report documenting rights abuses.

The Democratic Union Party (PYD), an offshoot of the Kurdistan Workers' Party (PKK) in neighbouring Turkey, has run three Kurdish enclaves in northern Syria since 2012, when Syrian government forces withdrew from the areas.

The PYD, which runs a local administration with courts, prisons, and police, could not be immediately reached by Reuters for comment on the report, which said the party had denied holding political prisoners.

In its first full report on the Kurdish enclaves, Human Rights Watch said it had found that children had been recruited into the PYD's police force and armed wing. Kurdish opposition members have also been convicted in unfair trials and detainees have complained of abuse, the New York-based rights group said.

The Kurds, Syria's largest minority group and long oppressed by Damascus, have been largely left to their own devices by the army of Syrian President Bashar al-Assad. Both government troops and PYD security forces are battling groups such as the Nusra Front and the Islamic State in Iraq and the Levant (ISIL), whose fighters overran parts of Iraq last week

"The Kurdish-run areas of Syria are quieter than war-torn parts of the country, but serious abuses are still taking place," said Nadim Houry, the group's deputy Middle East and North Africa director. "The PYD is firmly in charge, and can halt the abuse."

Human Rights Watch has also reported serious human rights abuses by the Syrian government and other opposition fighters in the country since 2011. Some of those acts amount to war crimes and crimes against humanity, it says.

"While the human rights abuses committed by the PYD and its security forces are far less egregious and widespread, they are nonetheless serious," the report said.

Human Rights Watch said its representatives visited two prisons in the Jazira area in February this year and had unrestricted access to officials and prisoners as part of its research for the report.

It said the harassment and arbitrary arrest of the PYD's Kurdish political rivals was the biggest cause for concern.

The PYD denies holding any political prisoners and said the men whose cases the rights group documented were arrested for criminal acts, such as drug trafficking and bomb attacks, the report said.