The written statement urged the Egyptian actors to place the interests of Egypt and its people above all partisan and other considerations. 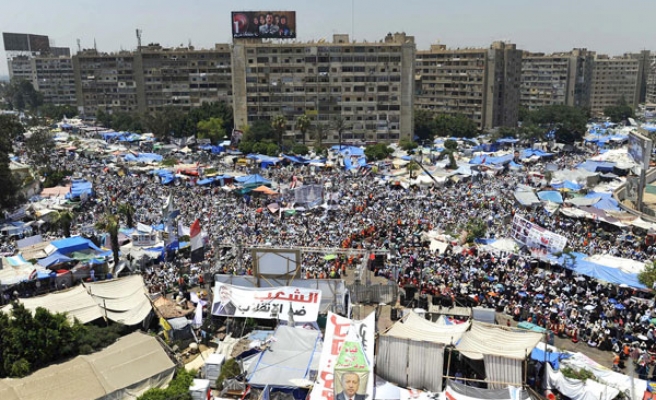 The African Union avoided using "military coup" or "revolution" in relation to the recent developments in Egypt after a High-Level Panel for Egypt completed a fact-finding and consultative mission in Cairo on Sunday.

The African Union (AU) High-Level Panel for Egypt released a written statement in regards to their fact-finding and consultative mission in Cairo from July 27 to August 4.

There was no mention of "military coup" or "revolution" in the statement released by the Panel.

"The Panel impressed upon all its interlocutors the need for the Egyptian stakeholders to exercise utmost restraint, avoid any recourse to violence and endeavour, through dialogue and in a spirit of compromise and mutual tolerance, to resolve the existing problems, in order to facilitate an inclusive and peaceful transition," the statement said.

It also urged the Egyptian actors to place the interests of Egypt and its people above all partisan and other considerations.

The Panel strongly emphasized the AU’s commitment, in the spirit of African solidarity and on the basis of relevant AU instruments, to do its utmost in assisting the Egyptian stakeholders to overcome the current challenges, according to the statement.

The Panel stressed the importance of Egypt to the rest of Africa, recalling that a stable, democratic and prosperous Egypt is a tremendous asset for the AU, of which it is a founding member, in the statement.

The Panel also met with Mohamed Morsi and visited the al-Rabaa Adawiya neighborhood in Cairo, to discuss with representatives of the Muslim Brotherhood and parties and held consultations with other Egyptian actors, including political parties the National Council for Women, human rights and civil society organizations, the Egyptian Council on Foreign Relations, as well as intellectuals and writers. It also met with high-level personalities, such as former Foreign Minister and former Secretary-General of the League of Arab States Amr Moussa and the Secretary-General of the League of Arab States, Nabil Elaraby.

The High-Level Panel for Egypt was established by the Chairperson of the Commission, Dr. Nkosazana Dlamini Zuma, on 8 July 2013 following the meeting held by the AU Peace and Security Council on 5 July 2013, to review the situation in Egypt. The Panel is chaired by former President Alpha Oumar Konare of Mali and comprises former President Festus Mogae of Botswana and former Djibouti Prime Minister Dileita Mohamed Dileita.