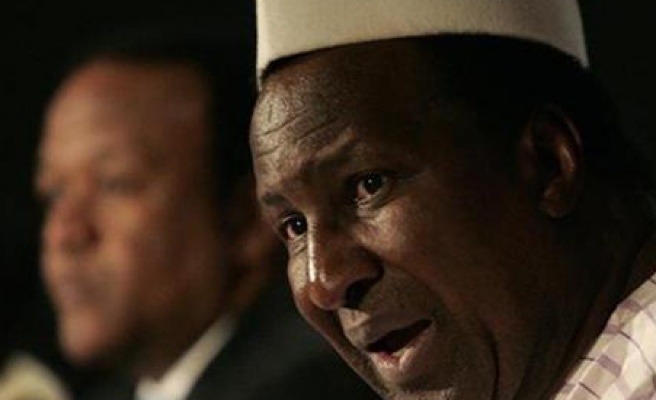 A delegation from the African Union visited deposed President Mohamed Morsi on Wednesday. It was headed by the former president of Mali, Alpha Oumar Konaré, reported the official Egyptian news agency Asharq Al-Awsat.

The meeting apparently took place where Morsi is being held. Later some members of the delegation are expected to address a meeting at a news conference in Cairo.

Alpha Oumar Konare, said the AU's decision to suspend Egypt's membership following the popularly-backed military overthrow of president Morsi was "not a conspiracy against Egypt's leadership."

Konare expressed to Egypt's Minister for Transitional Justice Amin El-Mahdi in a meeting Tuesday that the decision to suspend Egypt's membership from the African Union following Morsi's overthrow was part of the union's efforts to stop military coups in African nations, reported the Ahram Online.

Konare maintained that the delegation's visit aims at meeting different political figures in order to submit a report to the AU so that it can review its decision.

The African Union suspended Egypt on 5 July after the ouster of president Mohamed Morsi, in line with its strict rules against unconstitutional changes of government.