Dozens of Jewish settlers have advertised their homes for rent in a number of locations across the West Bank on the popular website AirB'n'B "peer-to-peer" accomodation listing site. 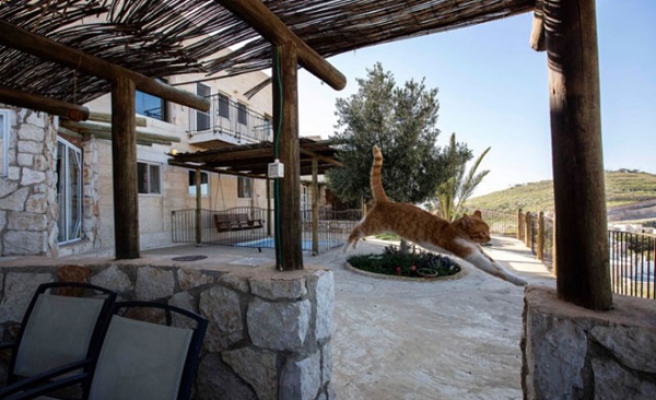 Palestinian officials pledged to take action Tuesday against Airbnb over rooms for rent in settlements in the occupied West Bank being listed on the website as located within Israel.

Dozens of Jewish settlers advertise their homes for rent in a number of locations across the West Bank.

Much of the international community, including the US and the EU, opposes all Israeli settlements built in the occupied Palestinian territory and considers them among the largest obstacles to peace.

Husam Zomlot, ambassador at large for the Palestinian government, said it was seeking an immediate change of policy from the company.

"Certainly we will take further action. This is strikingly illegal," he told AFP, accusing the company of "illegally profiting from occupation".

"Such acts by international firms and the private sector have been a main contributor to the continuity and escalation of the situation."

US-based Airbnb declined an interview, providing only a short statement.

"We follow laws and regulations on where we can do business and investigate concerns raised about specific listings," it said.

The Israeli tourism ministry, echoing government policy, refused to draw a distinction between the settlements and the rest of Israel.

"The ministry recommends visiting and staying in every place throughout the country as no distinction can be made between one place or the next," a spokeswoman said.

Users listing their homes on the hugely popular website have the ability to select their location and fill in the details. The company, however, has the ability to remove misleading or inaccurate adverts.

One listing in the settlement of Tekoa in the southern West Bank highlights that it is 15 minutes from Jerusalem and offers views of the "spectacular Judea desert landscape," the Israeli word for part of the West Bank.

Others stressed the tranquility of the area, while always listing their location as Israel.

Omar Barghouti, Palestinian rights activist and co-founder of the Boycott, Divestment and Sanctions campaign which pushes for an economic boycott of Israel, called on the company to change policy.

"Airbnb can and should immediately exclude all Israeli settlements from its offerings as a significant first step towards complying with its human rights obligations under international law," he said.

But Miri Maoz-Ovadia of the Yesha Council, an umbrella organisation representing Israelis living in the West Bank, told AFP they would not stop advertising their listings.

"We are extremely proud of our thriving tourism industry, with hundreds of unique BnBs that offer breathtaking views and world-class service," she said.

Israel's settlement expansion has been a major source of contention with the international community. US Secretary of State John Kerry said in December such a policy raises "honest questions about Israel's long-term intentions".

Israel seized the West Bank and east Jerusalem in the 1967 Six-Day War.