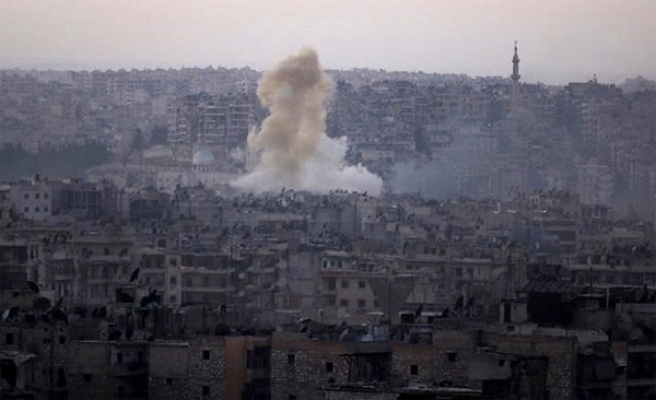 At least 53 people were killed Monday in airstrikes that targeted a marketplace in Syria’s northwestern Aleppo province, according to a Syrian Civil Defense (SCD) team.

More than 60 people were also injured in the airstrikes, Al-Khatib said, adding that he fears the death toll may rise.
Civil defense teams rushed to the scene to rescue people trapped under the debris and take the injured to nearby field hospitals.
SCD Chairman Raed Saleh said the attack was so large that additional civil defense units were called in from other regions for search and rescue operations.

Four of the wounded were sent to Turkey for treatment, according to local sources from the southeastern Turkish province of Hatay.

The sources said that the injured were referred to several hospitals in the province after initial treatment at the Cilvegozu border gate between Turkey and Syria.

Syria has been in turmoil from a devastating civil war that began in early 2011 when the Assad regime cracked down on pro-democracy protests with unexpected ferocity.

Since then, hundreds of thousands of people have been killed in the conflict and more than 10 million displaced, according to the UN.