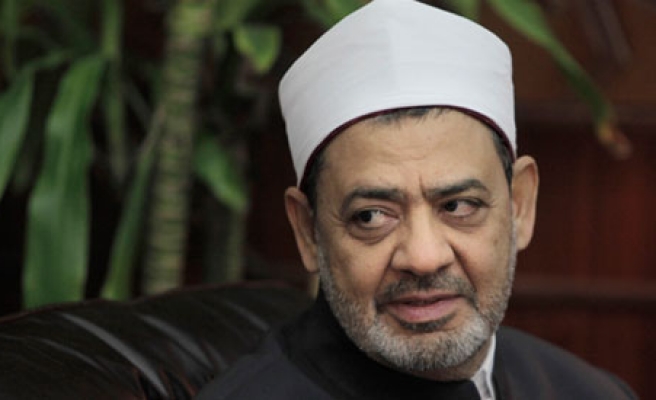 "Al-Azhar sees the call for Friday protests as a call for all Egyptians to unite, renounce violence and hatred, and support the armed forces, police and state institutions to uproot all forms of violence and terrorism and confront threats against the country that risk forfeiting the gains of the great revolution," al-Tayeb said in a statement aired on Egyptian television late Thursday.

He went on to urge demonstrators to protest peacefully and avoid violence.

"Al-Azhar is confident that the Egyptian people, no matter their affiliation, will express their opinions in a civilized way without being dragged into violence or chaos," al-Tayeb said.

On Wednesday, al-Sisi, who is also defense minister, called on Egyptians to take to the streets for mass Friday protests to "authorize" him to "confront violence."

The call triggered fears that al-Sisi was seeking a popular mandate to use violence against Morsi loyalists, who have camped out in Cairo and Giza for more than three weeks.

It also suspended the constitution and installed Adly Mansour, the head of Egypt's constitutional court, as interim president in line with an army-imposed roadmap for the upcoming transitional phase.

Defiant Morsi supporters, for their part, have since been staging daily demonstrations and sit-ins nationwide to defend his democratic legitimacy and demand his reinstatement.

Morsi supporters are also preparing for mass rallies on Friday as part of an ongoing campaign against what they view as a "military coup against constitutional legitimacy."