Lebanon's Al-Nusra Front said that the attack came in retaliation for "continued crimes by Iran's party [a reference to Hezbollah] against our people in the Levant." 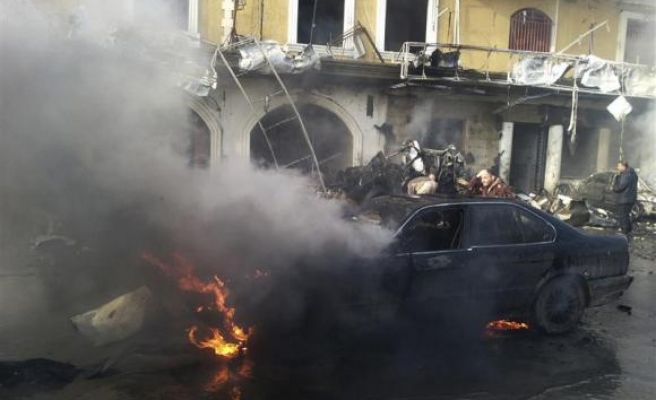 World Bulletin  / News Desk
Lebanon's Al-Nusra Front has claimed responsibility for a Saturday suicide bombing that rocked the eastern Lebanese city of Hermel, considered a stronghold of the Hezbollah.

The group said, in a Twitter post, that the attack, which killed three and injured over 20, came in retaliation for "continued crimes by Iran's party [a reference to Hezbollah] against our people in the Levant, and its persistence to send more mercenaries to kill the Syrian people."

"We had nothing but to work towards stopping [Hezbollah's] massacres and hit back in its stronghold so that it would consider its position," the Sunni group said.

Military involvement by Hezbollah in the Syrian conflict next door has already drawn condemnation from the group's opponents in Lebanon.

In January, Al-Nusra Front declared that all of the Shiite group's offices would be considered "legitimate targets" to its attacks.

Describing Hezbollah as "the party of Iran," the group said on Twitter Friday that all property belonging to the Shiite group would be considered "legitimate targets, wherever they are."

The Al-Nusra Front first made headlines in mid-December after claiming responsibility for a mortar attack on the eastern Lebanese city of Hermel.

Last month, the group also claimed responsibility for a car bombing in the same city, which left at least three people dead and 50 injured.