Ayman Zawahiri called on kidnapping Westerners in order to exchange them with prisoners. 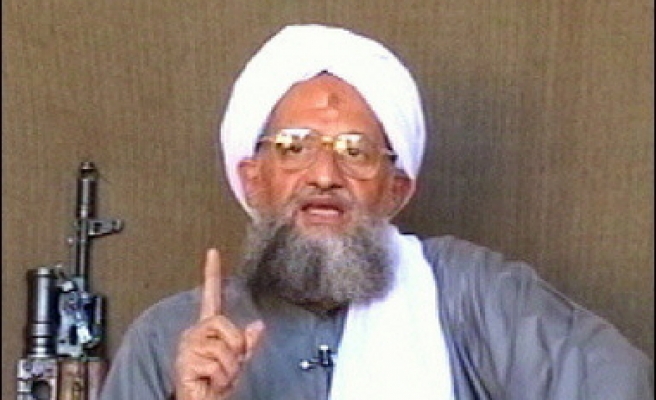 Al Qaeda chief Ayman al-Zawahiri has called on his followers to kidnap Westerners, particularly Americans, who could then be exchanged for jailed fighters including a blind Egyptian cleric convicted in 1995 of conspiring to attack the United Nations and other New York landmarks.

In a wide ranging audio interview, the al Qaeda leader expressed solidarity with the Muslim Brotherhood which is facing a violent crackdown by the army-backed government in Egypt and urged unity among rebels in their fight against Syrian President Bashar al-Assad.

Reuters could not verify the authenticity of the Zawahiri tape, but the voice resembled that of the al Qaeda leader.

"I ask Allah the Glorious to help us set free Dr. Omar Abdel-Rahman and the rest of the captive Muslims, and I ask Allah to help us capture from among the Americans and the Westerners to enable us to exchange them for our captives," said Zawahiri, according to the SITE website monitoring service.

Abdel-Rahman is serving a life term in the United States for a 1993 attack on New York's World Trade Center.

Zawahiri also urged "jihad and overthrowing the criminal al-Assad regime" in Syria and renewed his call to end infighting among fighters that increased this year, pitting the al Qaeda breakaway group the Islamic State of Iraq and the Levant (ISIL) against rival rebels.

"The Ummah (Muslim world) must support this jihad with all that it can, and the mujahideen (fighters) must unite around the word of Tawhid (monotheism)," said Zawahiri, an Egyptian-born doctor.

"So everyone should prioritize the interest of Islam and the Ummah over his organizational or partisans interest, even if he gives up for his brothers what he sees as right."

The infighting between the different rebel factions has hindered the battle against Assad and pushed rival rebel groups to consolidate power in their respective areas of control.

Al Qaeda said it was breaking with ISIL in February after disputes over the group's refusal to limit itself to fighting in Iraq rather than in Syria, where the Nusra Front is al Qaeda's affiliate.

Asked about the crackdown on the Muslim Brotherhood in Egypt, Zawahiri answered: "the duty on every Muslims is to deter the aggressor by any means, and especially the oppressed Muslims."

Security forces have killed hundreds of Brotherhood supporters and arrested thousands, including most of its leaders, since the army toppled Islamist President Mohamed Mursi on July 3 following mass protests against his rule.

Egypt designated the Brotherhood as a terrorist organisation last year.