Ayman Al-Zawahiri calls on his followers to battle 'aggression from America, Europe, and Russia' together with ISIL 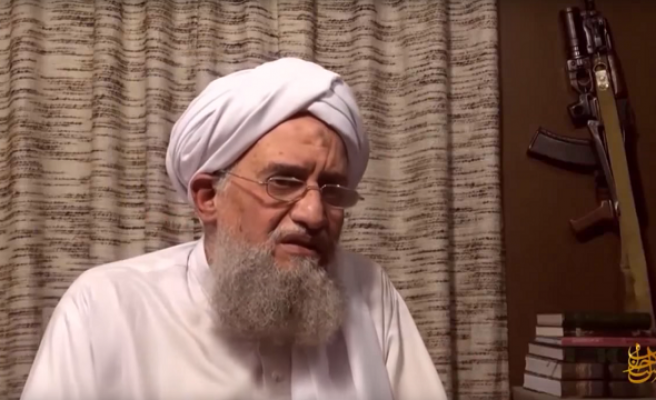 Ayman Al-Zawahiri, the leader of Al-Qaeda, urged supporters to unite in the struggle against Russia and the West, suggesting more cooperation between Al-Qaeda and the ISIL.

"The Americans, Russians, Iranians, Alawites, and Hezbollah are coordinating their war against us - are we not capable of stopping the fighting amongst ourselves so we can direct all our efforts against them?" Zawahiri said in an audio recording released on Sunday.

The exact date of when the recording was made is unclear. However, remarks against Russian aggression means that Al-Zawahiri's comments come after September 30, when Russia launched its anti-ISIL operation in Syria on request of its President Bashar Al-Assad.

In a recording released in September, Al-Zawahiri dismissed ISIL and its leader Abu Bakr Al-Baghdadi as illegitimate but said his followers would join them in fighting the Western-led coalition in Iraq and Syria if possible.

"My mujahideen brothers in all places and of all groups ... we face aggression from America, Europe, and Russia ... so it's up to us to stand together as one from East Turkestan to Morocco," Zawahiri said.