A dozen fighters from al Qaeda-linked group have been killed in clashes with rival rebel forces in northern Syria. 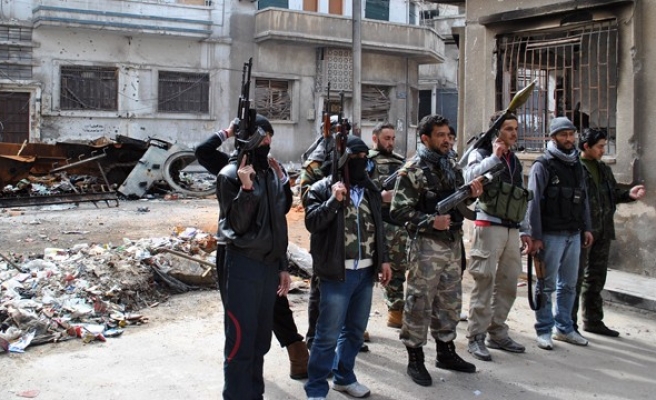 A Libyan commander and a dozen other fighters from Islamic State of Iraq and the Levant (ISIL) have been killed in clashes with rival rebel forces in northern Syria, a monitoring group said, in the latest spate of internecine rebel violence.

The Syrian Observatory for Human Rights said six local fighters were also killed in Sunday's battle with ISIL in Hazano, west of the city of Aleppo and close to the border with Turkey.

The infighting has undermined the rebel campaign against President Bashar al-Assad. Their uprising began as peaceful protests against four decades of Assad family rule but degenerated into a war that has killed more than 100,000 people.

The growing influence of radical Islamist fighters and the disarray of rebel forces have also made Western powers wary of intervening directly in the civil war.

While some rebel tensions stem from contrasting ideological outlooks, most infighting centres around rival claims over the control of territory, smuggling and other spoils of war.

The two al Qaeda factions themselves have also come into conflict. On Saturday ISIL fighters attacked a Nusra base in the eastern province of Hasaka, the Observatory said, killing two fighters.

It said the base, which housed weapons and oil stores, was poorly defended at the time because most of the Nusra contingent were battling local Kurdish fighters.

On Sunday the rebel Northern Storm brigade accused ISIL of violating a truce agreed 48 hours earlier to end two days of clashes around the town of Azaz, north of Aleppo.

The fighting in Azaz was some of the most serious between the ISIL, which is made up of mainly foreign fighters, and less radical rebel forces. It prompted Turkey to shut a border crossing.