Al Qaeda says has no link with Syrian group ISIL

In a message posted on websites on Monday, the al Qaeda General Command said ISIL "is not a branch of the al Qaeda group. 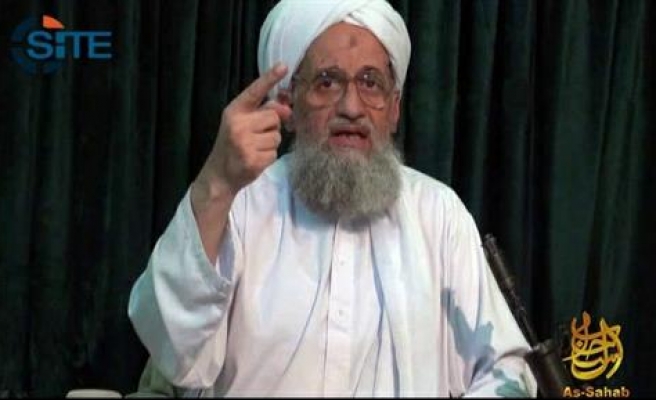 Al Qaeda's general command said on Monday it has no links with the Islamic State in Iraq and the Levant (ISIL), in an apparent attempt to assert authority over the Islamist groups involved in Syria's civil war.

Small but powerful, ISIL has been caught up in battles with other Islamist insurgents often triggered by disputes over authority and territory, and has also clashed with other rebels.

The internecine fighting - among the bloodiest in the three-year conflict - has undermined the uprising against President Bashar al-Assad and dismayed Western powers pushing for peace talks.

Rebel-on-rebel violence in Syria has killed at least 1,800 this year alone.

The organisations that have clashed with ISIL include Jabhat al-Nusra, al Qaeda's official Syria wing, which is led by al Qaeda chief Ayman Zawahri.

In a message posted on related websites on Monday, the al Qaeda General Command said ISIL "is not a branch of the al Qaeda group.

"...(Al Qaeda) does not have an organizational relationship with it and is not the group responsible for their actions,"

Charles Lister, visiting fellow at Brookings Doha Center, said the al Qaeda statement "represents an attempt by al Qaeda to definitively re-assert some level of authority over the jihad in Syria" following a month of fighting and ISIL disobedience.

"This represents a strong and forthright move by (al Qaeda) and will undoubtedly serve to further consolidate Jabhat al-Nusra's role as al Qaeda's official presence in Syria."