Alawite Assad regime defactors left in cold by the West

Turkish and American spy agencies in 2011 and 2012 reached out to Alawi commanders in Syria in a bid to weaken Mr. Assad, Wall Street Journal claims 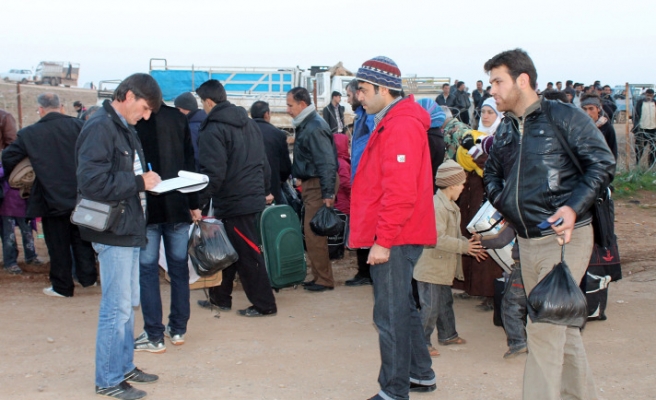 U.S. the Central Intelligence Agency and Turkey’s MIT spy agency in 2011 and 2012 reached out to Alawite commanders in Syria in a bid to weaken Mr. Assad, according to Wall Street Journal report citing U.S. and Turkish officials.

Report claims that the U.S. and Turkey thought a surge in Alawite military defections could help force Mr. Assad to relinquish power but most Alawite commanders who were approached weren’t interested in defecting. Fewer defectors than expected came to Turkey, but as former Syrian army officers housed in a special camp in southern Turkey feel abandoned by the West, those military officers and government officials from Syrian President Bashar al-Assad’s own Alawite sect, along with members of the Ismaili Shia Muslim sect, also grew disillusioned.

According to the WSJ report, despite their shared goal of removing Mr. Assad, the groups weren’t housed together because they were too distrustful of each other, officers said. The Sunnis largely remain in the 24-acre Camp Apaydin, complete with a grocery and exercise yard; the Alawis and Ismailis were sent to live in private homes and hotels in southern Turkish towns, and many of them have since moved to Europe and broken off ties with the Syrian opposition.

The Alawi and Ismaili defectors couldn’t work or travel, and often felt trapped, told Yaseen Adaymah, an Alawi who said he headed a Syrian regime intelligence unit in the province of Latakia before heading to Turkey in 2012, to the WSJ. He said he moved to Paris earlier this year.

Mr. Adaymah was so embittered by his experience that he said he urged fellow Alawi officers who remained in Syria to stay there. “There is nothing here: no protection, nothing.You will be shamed in the streets,” he said he told them.