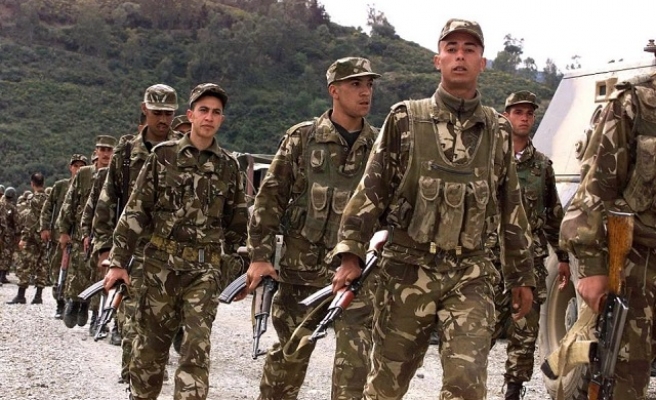 Algerian President Abdelaziz Bouteflika has used the army three times in 16 months to deal with protests in different cities across the country, despite the presence of powerful internal security forces.

The Algerian armed forces are thus being forced to take on additional tasks to their already brimming portfolio, which includes guarding borders with countries suffering instability such as Libya and Mali.

On July 9, 2014, the Algerian cabinet tasked the commander of the Fourth Military Brigade, Brigadier Kemal Abdul Razzaq, with restoring order in the Ghardaia governorate after it witnessed sectarian violence that led to the deaths of 21 people in less than 48 hours.

In March 2014, President Bouteflika once again tasked the army with managing the security situation in the Ghardaia governorate, which has witnessed intermittent sectarian clashes since the end of 2013.

In February 2015, Bouteflika commissioned a military commander to negotiate with Algerian protestors opposed to the government’s decision to exploit shale gas in the city of Ain Salah.

The military commander put in charge of the operation was able to restore order to the city in the same month through meetings between the military and representatives of the protestors, including Debar Belkacem, an influential figure in the community.

Belkacem said, "The situation deteriorated rapidly in Ain Salah after the intervention of riot police units against protestors, but the military commander reached an agreement during his meetings with protest representatives, which decreed the designation of places where the protestors could carry out their protests without interference."

Mohammed Salqen, an influential figure in Ghardaia, said, "Since Dec. 2013, for 21 months, riot police units failed to impose security in the governorate, and that is because of the instructions issued to them to not use brute force against those involved in sectarian violence."

"But the assignment of a military commander on top of the forces that were already imposing security and order in the governorate in March 2014 allowed riot police units to intervene with more courage against those involved in sectarian clashes," he added.

Khair Ul Deen, another influential community figure, said, "President Bouteflika's decision last July to use the army came after the Council of Ministers' meeting, in which he gave the commander of the Fourth Military Brigade wider authority to deal with the acts of sectarian violence that had gotten out of control."

"He allowed riot police forces to detain 160 people, which is a large number in Ghardaia, which has a population of not more than 380,000 people," he said.

Just days after the decision to task the army with restoring security in Gahrdaia, order was returned to the city, he said.

Algerian security expert Ahmed Bou Khalil said, "On top of its security duties on the border and anti-terrorism, the army has become forced to aid police forces in imposing security in areas experiencing disorder."

"The Algerian people trust the military very much and always support it, as it is the most organized force in the country, and elements of the army are prohibited to join any parties or practice politics," he said.