This is the third time Ali Benhadj has been prevented from obtaining presidential election candidacy applications. The same happened in the 2004 and 2009 presidential polls. 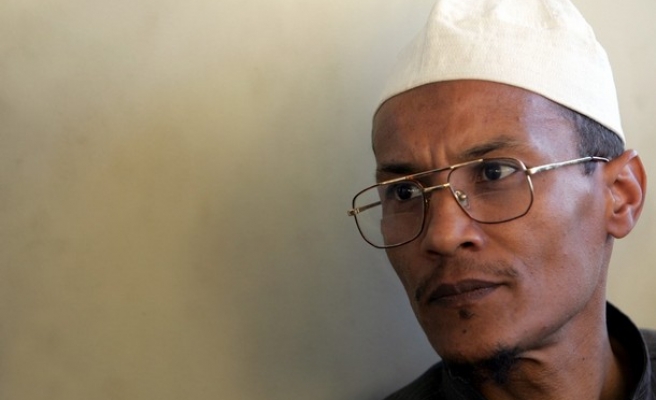 One of Algeria's main Islamist opposition figure on Sunday accused the authorities of refusing to give him the presidential candidacy application.

"I submitted the request to the Interior Ministry and was told to stay in the waiting hall," Ali Benhadj, who was deputy leader of the Islamic Salvation Front, which won the 1992 parliamentary elections before being dissolved by court, told Anadolu Agency on Sunday.

"I waited for long and got no response," he added. "I went out (of the building) and when I wanted to go back in, I was denied access."

Benhadj insisted that many would-be candidates who had arrived after him had been given the candidacy applications.

"I am ready to spend the whole night here [outside the Interior Ministry] until being given an explanation as to why I had not been given the application," he said.

There was no immediate response from the Algerian government to Benhadj's accusations.

The Islamic Salvation Front won a majority of seats in the 1992 parliamentary elections.

The results of the elections, however, were later cancelled, triggering years of violence across Algeria.

Benhadj was then put in jail along with other front leaders. He was only released in 2003.

This is the third time Benhadj has been prevented from obtaining presidential election candidacy applications. The same happened in the 2004 and 2009 presidential polls.

Algerians are to elect a president on April 17 this year.

According to the Algerian government, 85 people have picked candidacy applications so far.

Incumbent President Abdelaziz Bouteflika is yet to announce whether or not he would be standing for a fourth presidential term.