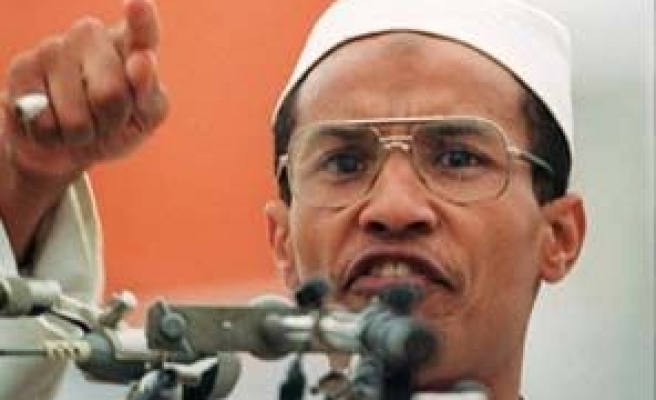 Ali Belhadj, former vice president of the outlawed Algerian Islamic Salvation Front (FIS) party, was said to be detained over leading a protest against Wednesday's bloody crackdown on the supporters of ousted President Mohamed Morsi by Egyptian security forces.

Belhadj was detained while marching against Wednesday's dispersal of Morsi's supporters at two sit-ins by Egypt's security forces, said a written statement released from his office.

He had been detained on July 5 during a protest against the overthrown of Egypt's first democratically elected President Morsi on July 3.

Islamic Salvation Front (FIS) party was outlawed by the Algerian Army following a military coup in 1992.

Marches and public demonstrations have been outlawed in Algerian capital since 2001.