All 'terrorist groups' must be targeted in Syria: French FM 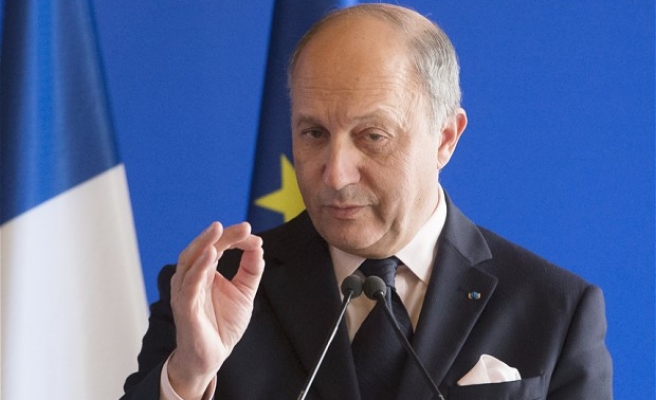 Fabius said a statement by President Francois Hollande on Friday that Russian air strikes must target "ISIL and only ISIL", did not exclude other groups like the Al-Nusra Front.

"Of course, it is a concise formulation, it is ISIL and groups considered as terrorists," Fabius told Europe 1 radio in an interview, referring to Hollande's statement.

Moscow, which has launched more than 70 air strikes in Syria since last Wednesday, has come under fire for targeting Western-backed moderate opposition and ISIL fighters alike in their bid to bolster President Bashar Al-Assad.

Fabius warned of the risk that the Syrian conflict could turn into a wider religious war.

"When you see a conflict which at first was a civil war, becoming a regional war involving international powers, Russia, Iran, the US, the risks are serious," he said.

Assad is an Alawite, an offshoot of Shiite Islam, who is supported by regional Shiite heavyweight Iran as well as militia like Lebanon's Hezbollah.

On the other side Sunni powers like Saudi Arabia and Qatar are opposed to Assad and have backed the Islamist groups fighting him. They are also taking part in a US-led coalition carrying out an air campaign against ISIL.

France, which has been targeting ISIL in Iraq for the past year, began striking the group in Syria eight days ago.